Atiku, who is a former Vice President, made the announcement on Thursday via his social media handles. 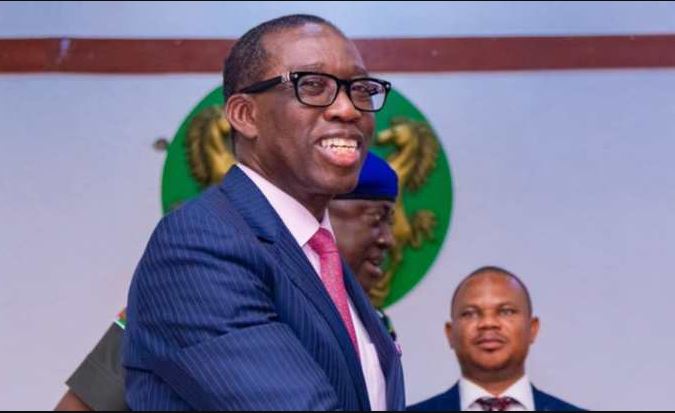 Atiku Abubakar, the presidential candidate of the Peoples Democratic Party, has announced the Delta State Governor, Ifeanyi Okowa, as his running mate.

Atiku, who is a former Vice President, made the announcement on Thursday via his social media handles.

Before the announcement, The PUNCH had reported that aside from Okowa others reportedly shortlisted are Rivers State counterpart, Nyesom Wike and the Akwa Ibom State Governor, Udom Emmanuel.

The following are five things you must know about the Delta State governor who was chosen ahead Wike and Emmanuel.

Okowa hails from Delta State and was born at Owa-Alero in Ika North-East Local Government Area of the state. He attended Edo College, Benin City (1970–1976). After his secondary school education, he proceeded to the University of Ibadan where he studied Medicine and Surgery and graduated in 1981 with an MBBS degree.

After his National Youth Service (NYSC), he worked with the Bendel State Hospitals Management Board as a Medical Officer. He entered private practice as Director, Victory Medical Centre, Igbanke in 1986.

Okowa became Secretary to the Ika Local Government and then Chairman of the Ika North-East Local Government Council (1991–1993). He joined the PDP in 1998 and assisted in Governor James Ibori’s campaign in 1998/1999.

Okowa was elected Delta North Senatorial candidate in the January 2011 PDP primaries with 942 votes, but the result was challenged by party leaders who favoured Marian Amaka Alli as the party’s candidate.

He, however, won the rerun election where he scored 1,446 votes, against 108 votes for Dr. Marian Alli.

In the April 2011 election for the Delta North Senatorial seat, Okowa won 98,140 votes to defeat his closest challenger, Prince Ned Munir Nwoko of the Democratic People’s Party, who polled 67,985 votes.

Unperturbed by the setback, Okowa finally clinched the ticket for the gubernatorial election in 2015 under the PDP with 406 votes on 8 December 2014.

With his emergence as the PDP governorship candidate, Okowa won the state’s governorship election in April 2015 with 724,680 votes. He was inaugurated as governor on 29 May 2015.

Also, Okowa was elected for a second term on March 9, 2019 governorship election. He polled 925,274 votes to defeat his opponent, the All Progressives Congress candidate, Great Ogboru, with 215,938 votes.