How Abuja Girl Ameerah Faked Her Own Kidnap


Ameerah had set the internet on fire last week after she issued a statement that she has been kidnapped alongside 17 others. 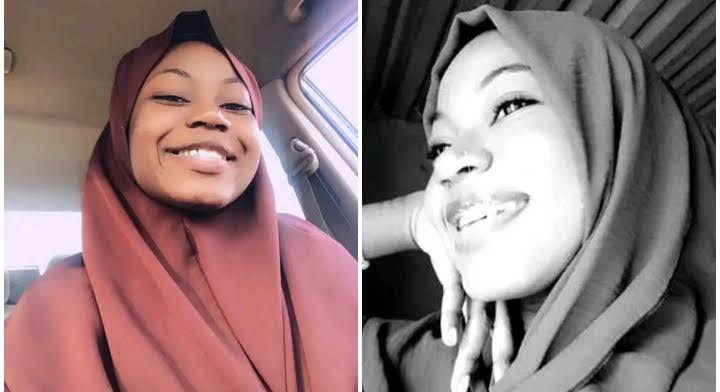 Amira Safiyanu aka Ameerah left Nigerians in a state of panic last week after she tweeted that she was abducted alongside 17 others in Abuja.
The news she shared on her Twitter page left many people in shock.
She had tweeted, “Please whoever has my WhatsApp number I sent a broadcast message of my location, we were abducted at gunpoint by PPL with police office uniform and a van from our houses from different parts of Abuja, we are 17 including 3 pregnant women and two little kids, they didn’t see my phone.”
A few hours later she tweeted, “They’re 4 Yoruba and two Fulani men. They divided us up an hour ago, we’re 7 here. The other vehicle they said they will reach Ilorin and ours will reach Ibadan or Ikeja as they said.”
Sadly, it was later found that she was lying.
The FCT Police Command after investigation revealed that the lady lied about the kidnap.
The police went after her and found her.
Following the revelation, she was forced to admit the truth.
She later took to her Twitter page to confess.
Ameerah said she intentionally left her house, entered bushes, dehydrated herself then took to Twitter to misinform the public.
She said: “I intentionally took myself out of our house, went to these locations, entered bushes, and dehydrated and starved myself for four days just like that, there was no kidnapping, nothing at all.”
Ameerah, however, tendered an apology to Nigerians.
She said: “I would like to formally apologize to the general public, to the whole police department, and my friends and family for misleading them with the below tweet, nothing of such happened and it was all just my delusions and negative thinking, I would also like to thank the IG and the CP Babaji Sunday for helping me through this may God reward them abundantly.”
Top Stories