Ekweremadu and his wife, Beatrice, were arrested and charged to court for allegedly bringing a child to the UK for organ harvesting. 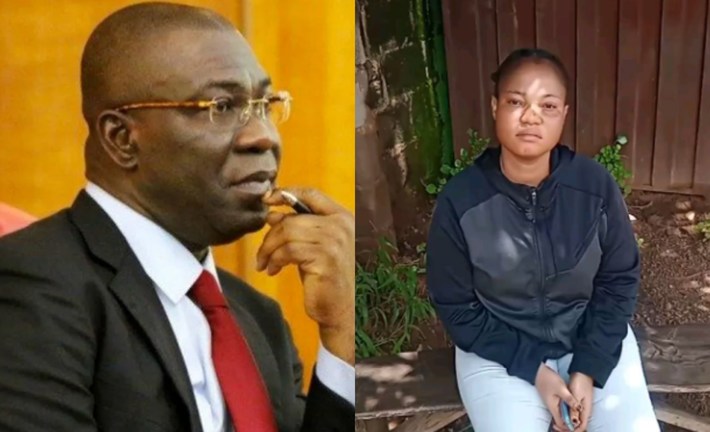 Nigerians have taken to social media to react after a lady identified as Martha offered her kidney to the ailing daughter of the embattled former Deputy Senate President, Ike Ekweremadu.
Recall that Ekweremadu and his wife, Beatrice, were arrested and charged to court for allegedly bringing a child to the UK for organ harvesting.
The couple were subsequently remanded in custody in the UK while investigations are ongoing.
In a video making the rounds online, Martha said she had a dream where she was instructed to save Sonia’s life.
“I want to do that because I need to help the girl, she is dying. They have already showed me in my dream that I should help the girl,” Martha said.
“I’ve already seen her a long time ago. Even this morning I still had the same dream so I need to do it fast.”
When asked what her demands were for offering to donate her kidney, Martha said: “I do not have any demands for now. I just need to save the girl’s life; that is the most important thing for now.”
The Nation Community also reported that the former deputy senate president had written to the UK high commission to support a visa application of a “donor” listed as Ukpo Nwamini David.
In the letter, Ekweremadu said Ukpo was undergoing “medical investigations for a kidney donation to Ms Sonia Ekweremadu”.
Although the police had said the donor was 15, data from his international passport indicate that he is 21 years old.
The video has generated a lot of reactions on social media as one tweep, @Corals007, advised Uche that "Before a donor donates their organ(s) to the patient, it has to be compatible. Probably, they couldn't find a match for her within the family. Who knows?"
Another tweep @obaroogboru said, "Am sha not against your benevolence, but tell dem d operation should be done in Nigeria."
Meanwhile, @DsmileO added, "I show sympathy for the daughter of Ekweremadu May God heal her.. But truth be told, you cannot see anyone who is financially stable to offer herself for things like this. Poverty is the reasons one will want to do stuffs like this. The politicians subjected Nigerians to poverty."
@olanira09155404 said, "She shud think if the case was vice versa and she was the one who needed a kidney transplant, will the daughter of senator donate her kidney? The govt have so far taken the mentality of the masses away by induced hardship."
Watch the video below;