Akpabio had filed a case at a Federal High Court, Abuja, against INEC for excluding his name from the list of candidates for the 2023 general elections. 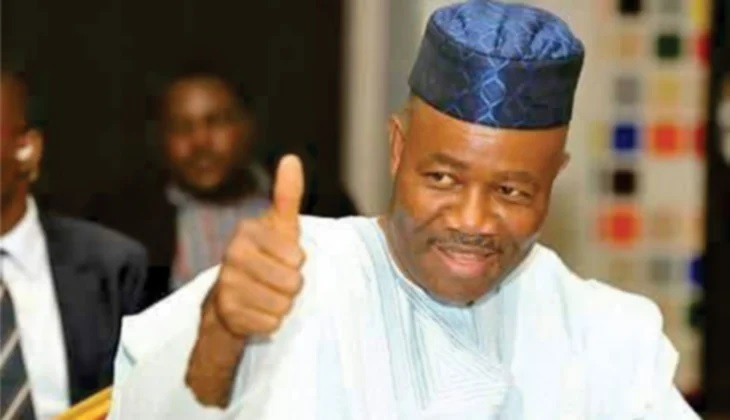 A former Senate Minority leader, Godswill Akpabio has been accused of forging documents he presented to a court claiming that he's the party's candidate for Akwa Ibom North West Senatorial District.
According to Sahara Reporters, the National Chairman of the All Progressives Congress (APC), Adamu Abdullahi has now withdrawn from the suit filed against the Independent National Electoral Commission.
SaharaReporters learnt that Akpabio had filed a case at a Federal High Court, Abuja, against INEC for excluding his name from the list of candidates for the 2023 general elections.
Adamu who was said to be a party in the case withdrew on Monday after he realised documents allegedly presented by the former Minister were forged.
"Trouble started when words got to Senator Adamu Abdullahi that the documents filed in court were forged and that the Chairman was in for an embarrassment of monumental proportion that will expose both the National Chairman and the party to ridicule.
"The moment the APC National Chairman was drawn to the fact that Akpabio has once more approached the court with forged documents in his so-called Enforcement Suit, the party had to withdraw from the suit file on Friday last week.
“I can tell you authoritatively that Akpabio is on his own with the suit. He has caused more than enough damage to the APC in Akwa Ibom State and we can't aid him to wreak more havoc than he has already done,” a source in the party alleged.
Resident Electoral Commissioner of INEC in Akwa Ibom State, Mr Mike Igini earlier said the commission would not recognise Akpabio as the party’s candidate for the senatorial district.
Speaking on "The Morning Show", an Arise TV news and current affairs breakfast programme on Monday, Igini said it is the height of irresponsibility for the former Minister to fraudulently claim he emerged through a rerun election “conducted by himself for himself in which he won.”
According to him, it is shameful that Akpabio can parade himself as a Senatorial candidate in an election that was successfully conducted and concluded on May 27, 2022, where one Udom Ekpoudom emerged.
Igini accused the former Senate Minority Leader of taking his impunity a step further by tagging his illegality a rerun.
"Look, we are election managers, we know the meaning of rerun. A rerun election presupposes a previous election. And in a rerun election, the Supreme Court is very clear, it can only take place among those who were a part of the first exercise and Akpabio was never part of the exercise but at all material time a presidential aspirant,” he stated
He also clarified that in spite of Akpabio's boasting that he has INEC in Abuja in his pockets and can therefore unilaterally substitute candidates as he pleases, the commission recognises only candidates who emerged from primaries it monitored.
On the crisis engulfing the state chapter of the APC which has resulted in the emergence of two factions, Igini said that based on the outcome of the APC State Congress held on October 16, 2021, INEC recognises Austin Ekanem as the authentic Chairman of the party who won with 1,278 votes while the candidate backed by the former Minister scored 006.
He alleged that Akpabio forged the original result and altered the result so that the candidate who scored 006 later scored 1,006 while that of Ekanem was falsified to read 278 instead of 1,278, and with the forged document, the criminality was taken to court where they fraudulently got a judgement that Ntukekpo won the election.
The INEC boss noted that though the process of conducting the primary or congress of political parties is the exclusive right of the parties, its duty is only to monitor and write a report, but that the report of the commission has consequences if due process was not followed.
"Our report can be very decisive. It cannot be ignored," he warned.
The INEC REC noted with dismay that despite that a Court of Appeal ordered a stay of execution, the APC National Chairman went ahead to swear in Ntukekpo as State Chairman in flagrant disregard of the court order.
He declared that as far as INEC is concerned, the APC did not conduct any governorship primary in Akwa Ibom and to date, neither Akpabio nor his faction has been able to name the Abuja INEC officials who monitored the illegal midnight primary that allegedly produced Akan Okon as Akwa Ibom APC candidate. 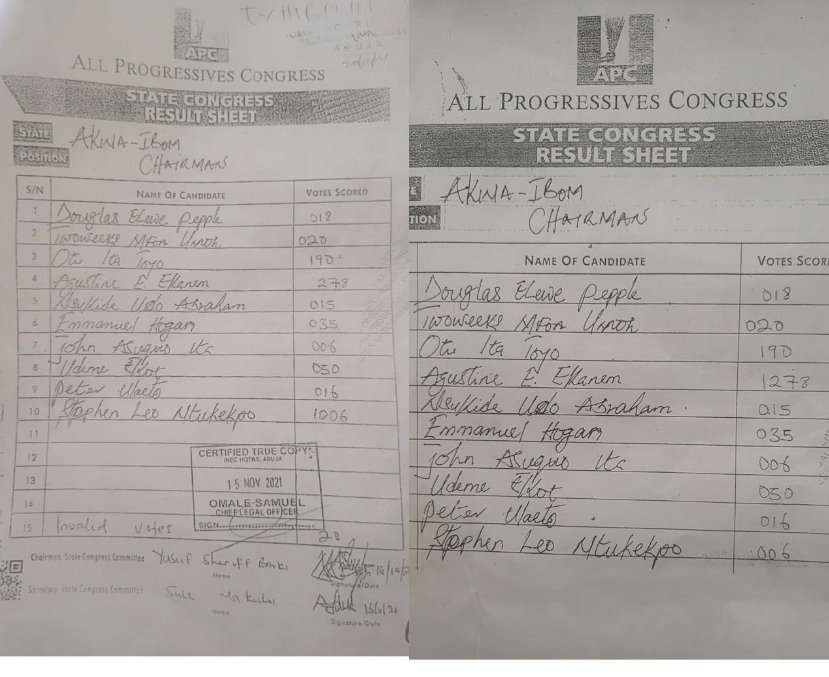