Gitau was arrested shortly after concluding the interview on Inooro TV. 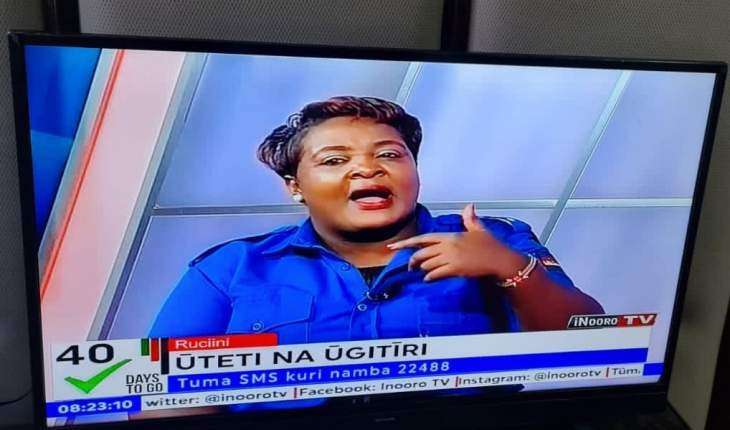 A dramatic incident has played out at a television station after the police stormed the venue to arrest a former police officer.
The former officer had turned up for a television interview in full police uniform.
She was arrested on Wednesday June 29 on charges of impersonating police officers.
The suspect identified as Monica Wamaitha Gitau, is a Kenyan politician vying for Nairobi Women Representative seat on Usawa Party ticket. She retired from the Administration Police in 2011.
Gitau was arrested shortly after concluding the interview on Inooro TV. She was accused of pretending she's a real cop by showing up for media interviews while wearing the Persian blue colour police uniform with full police badges.
A police report read;
“Stapol Kilimani and team embarked on a fact-finding mission to the studios located along Maalim Juma road Dennis Prit road and ambushed the suspect who was still in the same regalia."
Confirming the arrest, Kilimani OCPD Andrew Mbogo said they have launched investigations and that more information would be released later. He also said it's against the law to retire and continue wearing a police uniform.
Mbogo said;
“We are investigating why she was wearing the uniform and probably by tomorrow morning we shall give a full report. We will reveal the law she breached by then. She is purported to have retired from the Administration Police Service in 2011. What she did is an offence."
Top Stories