ICPC spokesperson, Azuka Ogugua, in a statement on Thursday, said Akpan was arraigned on a 17-count charge before Justice V. S. Gaba. 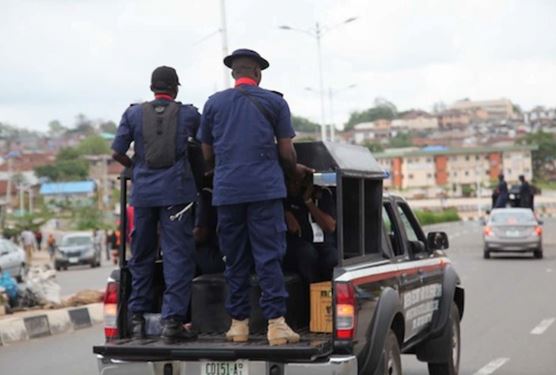 Edike Mboutidem Akpan, a deputy commandant of the Nigeria Security and Civil Defence Corps, has been charged to a Federal Capital Territory High Court by the Independent Corrupt Practices and Other Related Offences Commission for allegedly using a private real estate company, Danemy Nig Ltd, to defraud land subscribers to the tune of N26,655,000.

ICPC spokesperson, Azuka Ogugua, in a statement on Thursday, said Akpan was arraigned on a 17-count charge before Justice V. S. Gaba.

She said the charge sheet revealed that Akpan convinced many subscribers with the claim of being in partnership with NSCDC to pay various sums of money for plots of land at Karshi, Nasarawa State and Sabon Lugbe Extension, Abuja, which were never allocated to them.

The statement read in part, “In one of the charges, Mr. Akpan was alleged to have conferred undue advantage on himself when he allegedly received N13,350,000 in 2011 from a subscriber, Mr. Igwe Onus Nwankwo, through his company, Danemy Nig Ltd, as payments for 10 plots of land at Airport Road.

“He was at various times alleged to have received N1,305,000 from Doctors Robert Okoro and Akuneme Marcel Ikwuoma, each,  for the allocation of plots of land at the Defenders Family Estate Homes Scheme, Airport Road.