The officers were left embarrassed at the event while performing gun salute. 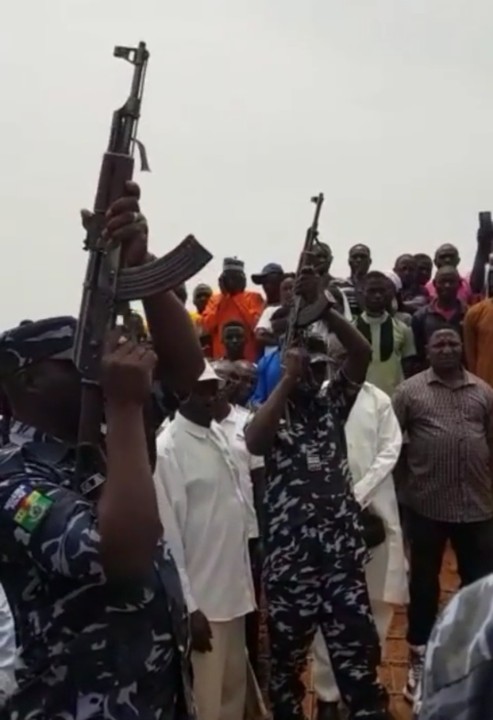 A video has surfaced showing the moment two police officers were left embarrassed at an event.
The officers were testing their guns after being instructed to shoot in the air, but shockingly after fiiring the first shot, their guns refused to work.
Since the video surfaced online, many people have called out the Nigerian police, accusing it of recruiting incompetent people.
Watch video below: