Celebrity Marriages Are Not Constantly Crashing, They Are Just The Most Publicised - Media Personality, Stephanie Coker


She warned people to stop using celebrity marriages to discourage them from getting married. 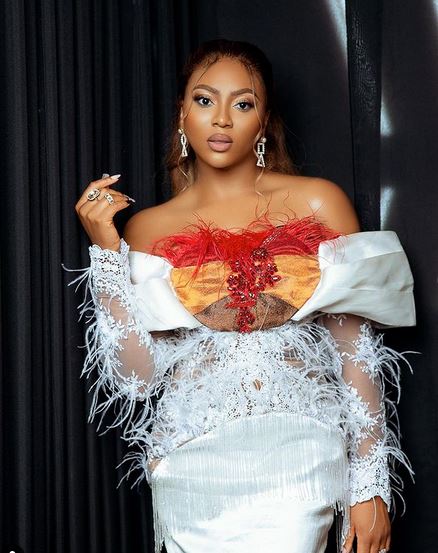 OAP and TV host, Media personality, Stephanie Coker, has opined that the marriages of celebrities are not constantly crashing, it's just because of their popularity, that's why everyone feels so.

The mother of one stated this via her Instastory on Friday, July 1, following the varying reactions trailing the end of Funke Akindele and JJC Skillz's marriage.

She warned people to stop using celebrity marriages to discourage them from getting married.

"Celebrity marriages are not constantly crashing. They are just the most publised," she said. "Medical professionals, lawyers, bankers, the list goes on, they also get divorced,"

"Stop using celebrity marriages to encourage/deter you from tying the knot. This is my message tor team 'my marriage will work in Jesus name' commenters." she added. 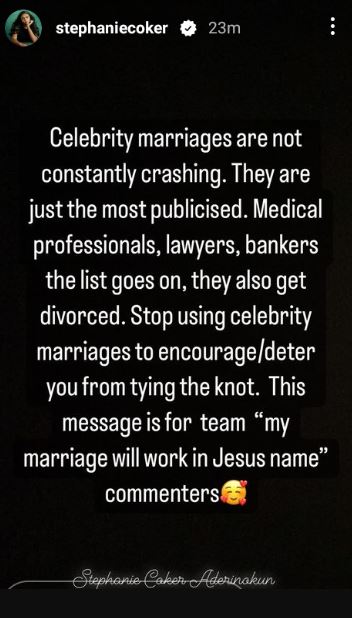