Peter Obi clearly stated in the letter that it is wrong for him to benefit from the allocation. 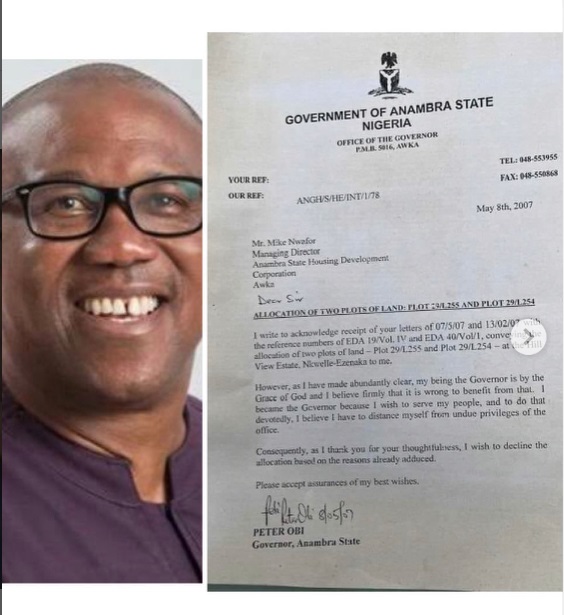 Labour Party presidential candidate, Peter Obi has been praised on social media after a letter he wrote in 2007 rejecting lands allocated to him as Governor of Anambra state surfaced online.
The letter has now gone viral.
While rejecting the offer which came from Anambra State Housing Development Corporation, Peter Obi clearly stated that it is wrong for him to benefit from the allocation.
He added that he was elected to serve his people and believes he has to distance himself from the undue privileges of the office. 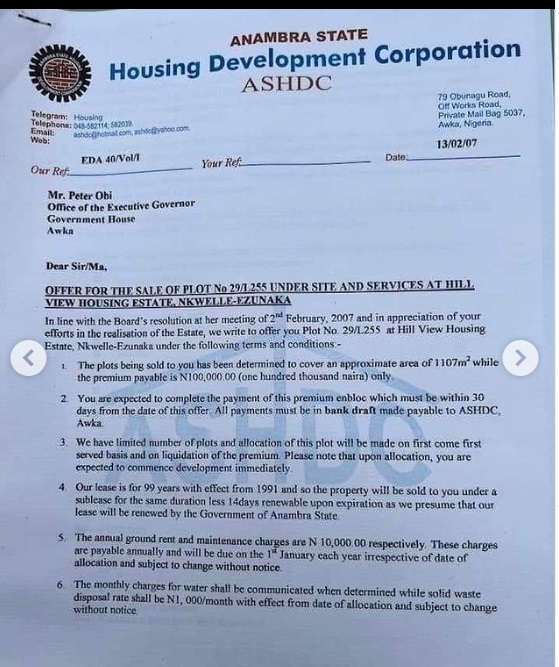 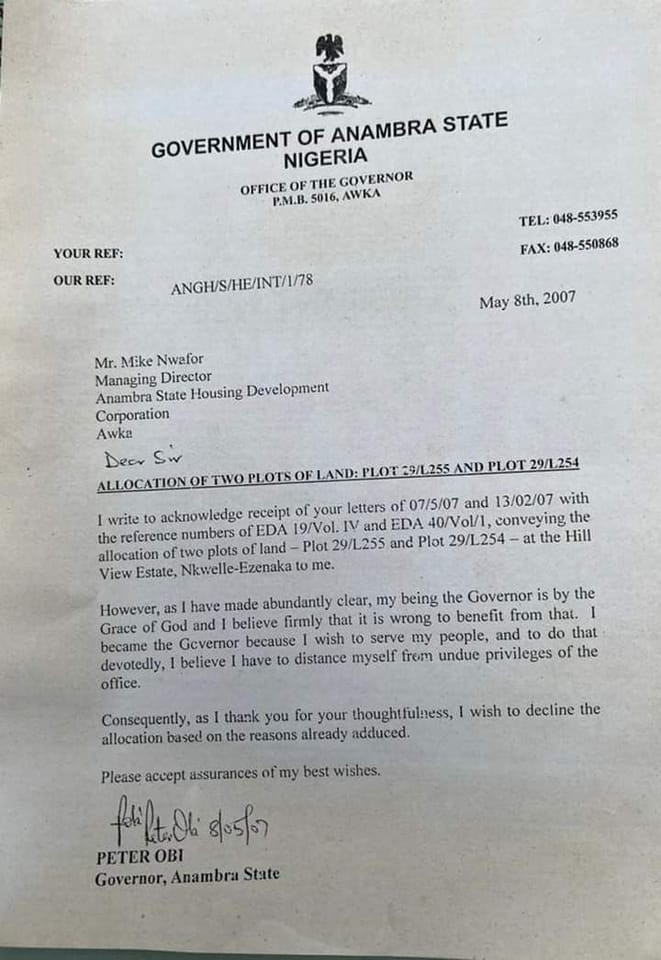