Aaron Beck, 37, killed himself in the woods behind his home in Midlothian on June 28, after finding his son lifeless in the car. 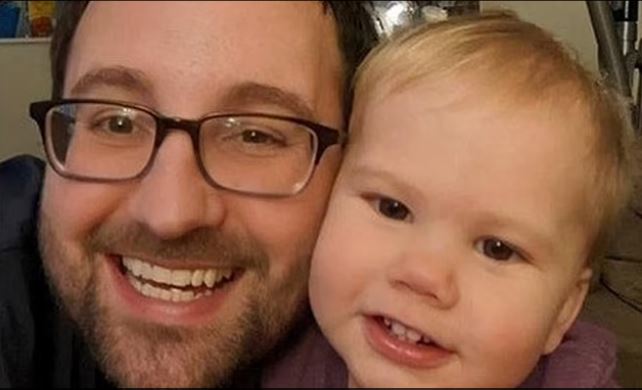 A man has taken his own life after mistakenly leaving his little baby boy in the backseat of his car, resulting in the baby's death.
Dailymail reported that the father from Virginia US, 'sacrificed his life to his son in an act of devotion', according to an obituary.
Aaron Beck, 37, killed himself in the woods behind his home in Midlothian on June 28, after finding his son lifeless in the car.
The child's family alerted police that the boy had not shown up to daycare. And officers officers then went to the home after the family told cops that Aaron had made suicidal statements.
'Upon their arrival, they located the people in the driveway with an open door with an empty child seat in the vehicle. As they made entry into the residence, they found a deceased 18-month-old,' Chesterfield Police Lt. Col. Christopher Hensley said on June 28.
The father was found shortly after, where the family said he would be. Officers speculated that Aaron went to work in the morning for three hours and forgot to drop his son off at daycare during an ongoing heatwave. Temperatures in the area reached a high of 80F on the day they died.
A coroner confirmed to DailyMail.com that Aaron died of suicide. The child's cause of death is yet to be determined.
Anderson's and Aaron's lives were interwoven in life and death,' a Legacy.com obituary reads.  '[Aaron] sacrificed his life to his son in an act of profound devotion and love.'
The toddler is remembered as being the 'brightest light that brought his family together'.
'He was a beautiful, outgoing and intelligent little boy that lived in a family that was full of love and promise,' the tribute reads.
In the obituary, Aaron is remembered as a man whose 'career was important to him' but 'not the focus of his life.' His 'biggest dream' is attributed to 'becoming a father and building a family.'
'His most devoted focus was his son, Anderson, to whom he gave enormous and endless love. He was generous, kind, caring and soft with his son. The selflessness of his love was a testament to the possibilities of fatherhood, to the possibilities of the heart,' the tribute reads.
A GoFundMe has been organized by the family of the duo, Aaron' step sister, Lauren Riegel, shared on Facebook.
'Aaron was an amazing father and husband to his wonderful wife, Laura,' she wrote.
'She is completely shattered and has a long tough road ahead of her.'
Top Stories