Belgore said the terrorists attacked the facility to rescue their co-conspirators. 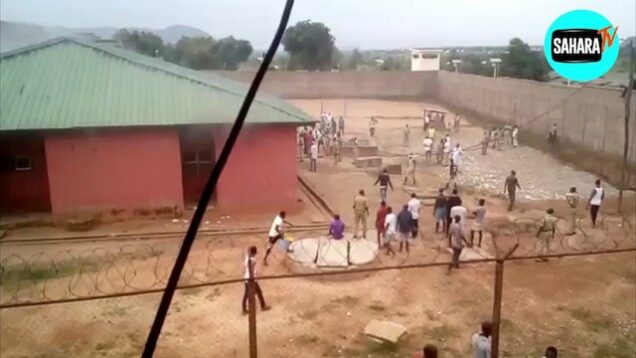 The federal government has revealed those responsible for yesterday's attack at Kuje prison.
Reacting through the Ministry of Interior, FG confirmed that about 600 inmates escaped from the prison.
It also added that the attack was carried out  by suspected Boko Haram terrorists.
Permanent Secretary of the Ministry, Mr Shuaibu Belgore however said over 300 of the inmates have been re-arrested and more are on the way.
He spoke Wednesday during a visit to the facility.
He said the facility was holding 994 inmates before the attack by Boko Haram terrorists.
Belgore said the terrorists attacked the facility to rescue their co-conspirators.
He also added that one person died and three others were injured during the attack.
Top Stories