Adel stabbed 21-year-old Nayera Ashraf to death outside their university after she rejected his marriage proposal has been sentenced to death. 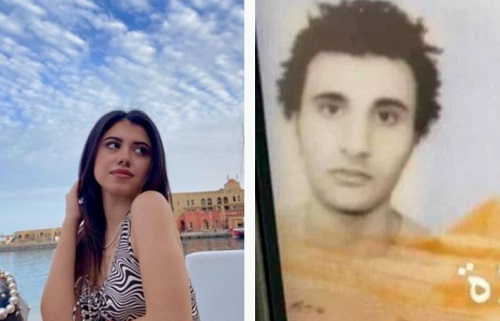 A young man has killed a lady who refused his marriage proposal.
According to reports, Mohamed Adel, a student of Mansoura University in Egypt following the dastardly act has been sentenced to death for killing his schoolmate.
Adel stabbed 21-year-old Nayera Ashraf to death outside their university after she rejected his marriage proposal has been sentenced to death.
The incident occurred last month when the deceased was trying to leave the university to catch a bus home. It gained widespread media attention and social commentary from various segments of Egyptian society, including women’s rights advocates and controversial comments from clerics.
A grim footage shows how Adel slashed the victim's neck with a knife before he was seized by security and passers-by. The victim was taken to hospital in a critical condition but died en route.
Furthermore, the prosecution presented the testimonies of the victim's friends and colleagues, all of whom testified that the accused stalked and threatened the victim after rejecting his marriage proposal. The prosecution also stated that Nayera's family had previously filed several complaints at local police stations against the accused.
The state also presented to the court the detailed confessions of the accused as evidence, in addition to the victim's cell phone records and text messages that included death threats messages to Ashraf.
The Court on Wednesday July 6, sentenced Mohamed Adel to death by hanging after Egypt’s grand mufti stated his advisory opinion approving of punishing him by hanging.
Lawyers have 60 days to review the ruling issued against Mohamed Adel.
Top Stories