After the negotiations, the player had requested a few days off to spend time with his family but has not been heard from since. 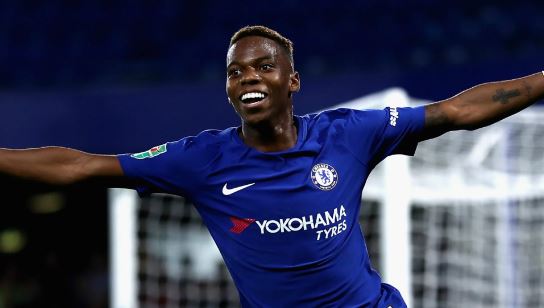 The player was declared missing after he negotiated to sign for Belgian club, Zulte Waregem, according to Marca.

The player is reported to have mysteriously disappeared and no one knows his whereabouts.

After the negotiations, the player had requested a few days off to spend time with his family but has not been heard from since.

The Belgian winger was once one of Chelsea’s brightest youth academy talents.

He joined Real Betis from Chelsea in the 2015-16 transfer window and played 24 La Liga games for the club in two seasons, scoring one goal and providing three assists.

He then returned to Chelsea in the winter transfer window following his move to Real Betis.

Since his return to London, the winger has had loan spells at various clubs, including Celtic and Vitesse. He was also hit by a career threatening injury that kept him out of football for so long.

In recent days, before his move to the Belgian league was confirmed, Marca reports that Musonda disappeared and his whereabouts are still unknown, with nobody able to account for his disappearance.