The Director, Media and Advocacy, NDLEA, Mr Femi Babafemi, said this in a statement on Sunday in Abuja. 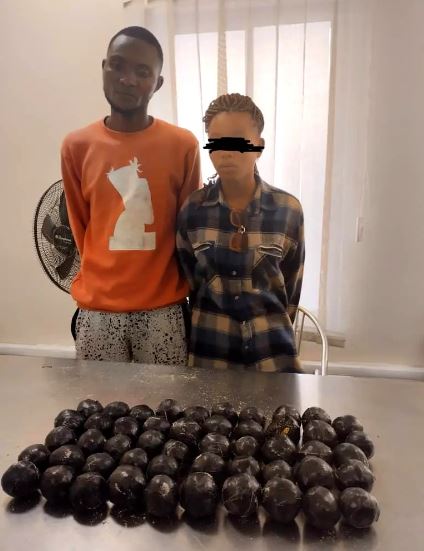 According to a report by Vanguard, the National Drug Law Enforcement Agency (NDLEA) has nabbed a human trafficker.

The NDLEA foiled an attempt by the human trafficker to export illicit drug to Dubai, United Arab Emirates (UAE), by planting it in the luggage of an orphan.

The Director, Media and Advocacy, NDLEA, Mr Femi Babafemi, said this in a statement on Sunday in Abuja.

Babafemi said that the suspect, Matthew Bassey, who had allegedly recruited the orphan, Ms. Peter Eno, for a phantom Job in Arab nation was at the Murtala Muhammed International Airport (MMIA), Ikeja Lagos.

He said that Bassey, 29, from Oron LGA, Akwa Ibom, was arrested on July 6, following the interception of Eno at the departure hall of the Lagos airport.

He said Eno’s luggage was searched, 50 parcels of cannabis (2.80kg) concealed in food items were discovered while there were discrepancies between the age she declared and the date of birth on her international passport.

“Further interview reveals that the human trafficker, who recruited and brought her to the airport, Bassey, was still lurking around the airport, waiting for her departure.

“He was promptly tracked and arrested. Investigations showed that the victim, who hails from the same Oron LGA of Akwa Ibom like Bassey recently lost her mother.

“This made it easy for Bassey to recruit her with the promise of securing her a job in Dubai, UAE.

“It was further discovered that the recruiter leveraged on the victim’s naivety and planted drugs in her bag for onward delivery to his contact in Dubai,” he said.

According to Babafemi, the Chairman, NDLEA,  retired Brig. Gen. Buba Marwa commended the officers and men of the MMIA command for staying vigilant and proactive in their areas of responsibility.

Marwa charged them and their colleagues across the country not to rest on their oars.