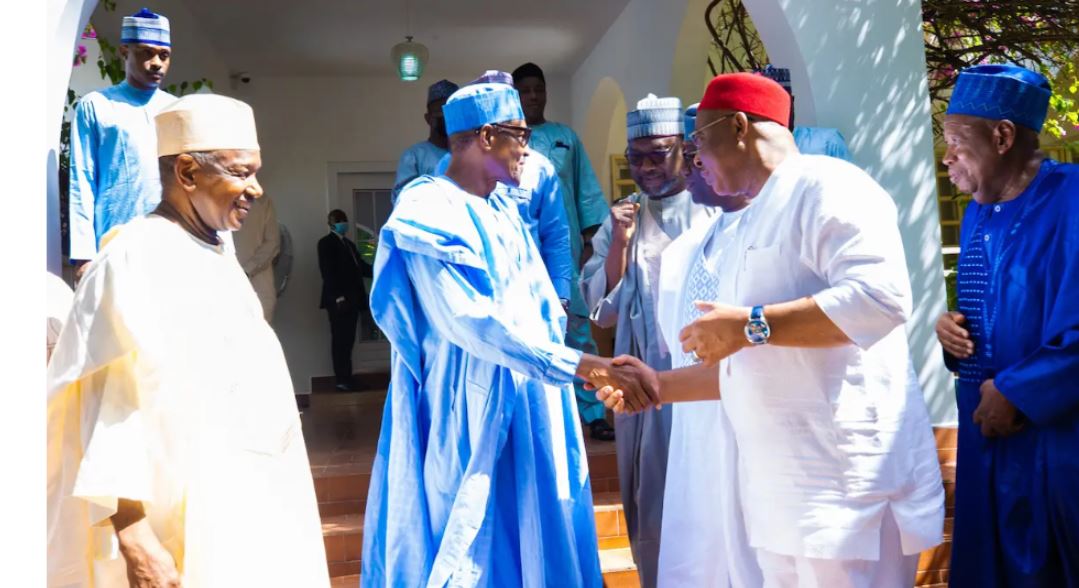 Nine governors of the ruling All Progressives Congress APC were hosted by President Muhammadu Buhari on Monday, July 11, at his country home in Daura, Katsina State.

Bagudu who spoke after the meeting, said a Tinubu-Shettima presidency will complement all the achievements of the last seven years under President Buhari. He also said that all APC Governors are working hard to win the upcoming Osun Governorship election.

Uzodimma who also spoke to newsmen, described the choice of Shettima as a collective decision, adding that the 22 governors of the APC will deliver 22 States in the upcoming 2023 general elections.