According to the social media user, the girl's family deceived her into thinking she was coming to school, but instead, she was married off as the man's third wife. 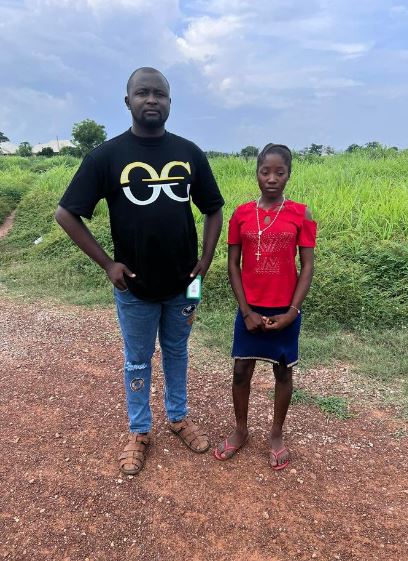 A man has taken to Facebook to alert Nigerians about a 12-year-old who was married off by her family to a 50-year-old man with over 22 children in Benue state.

According to Lucky Udu, the girl's family deceived her into thinking she was coming to school, but instead she was married off as the man's third wife.

Udu said the man alleged beats the girl every night and forces himself on her but has only succeeded once in sleeping with her.

He further disclosed that the girl gave her address as a green small house behind Primary health care Adaka, Makurdi in Benue State, Nigeria.

''I just finished interviewing this 12yr old girl who is married to a 50years old man (who is a Christian) in Benue state. Her family deceived her and sold her out to the man. The girl thought she was coming here to school but unfortunately, she was brought down to become his 3rd wife. This man is a poor unsatisfied farmer who already has two wives and his children are above 20 years old.

He beats her every night and forces himself on her but has only succeeded once in sleeping with her. It's been two months now, she needs help, she is crying and wants to be rescued but unfortunately, I‘m only a stranger here in Benue state and for some days now, I have been trying my best to rescue her through organizations like Naptip Nigeria but they are slow and unenthusiastic in rescuing her. I need more people on social media to be aware of this situation and help this young girl. She is only 12 years old. Pls, share.

The community seems to be protecting the man. I have been careful with my movements but I filmed her while he was away. We sneaked her out and returned her thinking we would rescue her that evening or the next day but nobody cares and I’m in a strange land with nothing but a phone and a camera.

This is my fifth state since the beginning of my tour, lives are being changed, let this be the case for this young girl too. Thank you.'' 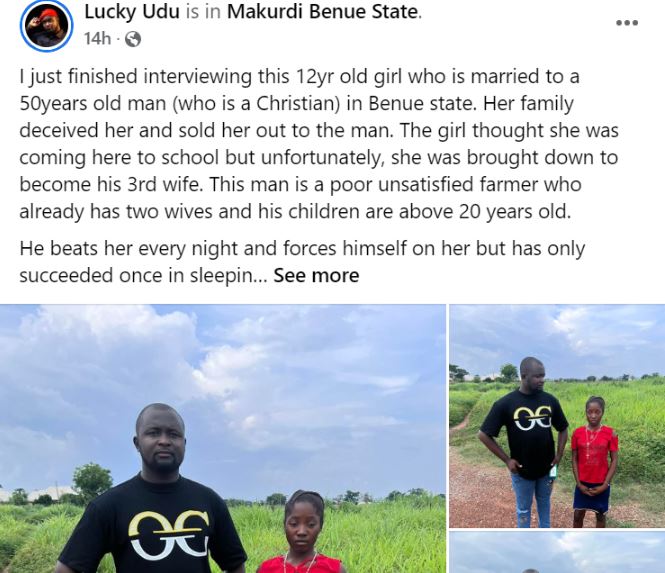