In an interview with AIT, Abbo said Tinubu owed Christians in Nigeria an apology. 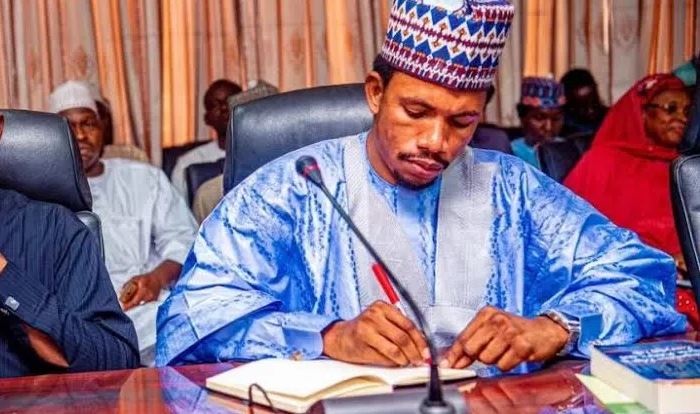 The Senator representing Adamawa North Senatorial District in Adamawa State, Elisha Abbo has taken a swipe at the Presidential candidate of the All Progressive Congress, Bola Tinubu, stating that it is an insult for him to say he picked a Muslim, Kashim Shettima, as his running mate because there was no competent Christian in the North.

Recall that on Sunday, July 10, Tinubu announced he had picked Shettima as his running mate. This decision has been welcomed with mixed reaction as some were opposed to the Muslim-Muslim ticket, The Christian coummunity felt it is a slight on them for Tinubu to pick a Muslim instead of a Christian.

Abbo who is a member of the ruling party APC had issued a statement resigning from a support group for Tinubu. In a fresh interview with AIT, Abbo said Tinubu owed Christians in Nigeria an apology.

I have said this before. This shouldn't be what Christians are crying out for. Muslims should be the ones to take up this fight and say we do not accept this because it is against the Muslim faith.''

Watch a clip from the interview below;