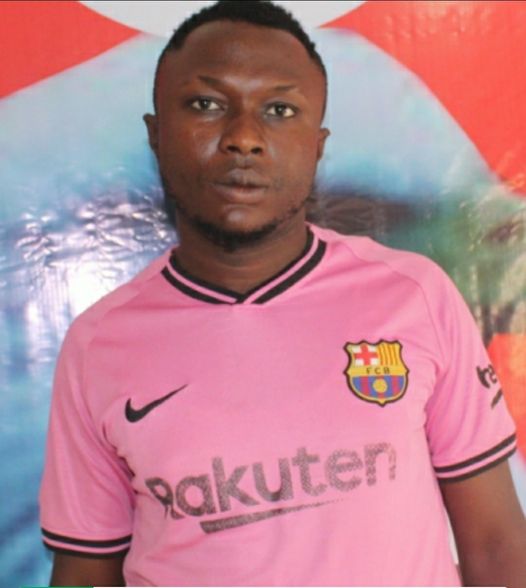 A fraudster, Atarhe Ochuko Nelson has been sentenced to one year imprisonment for fraud.
He was convicted and sentenced by Justice Okon Abang of the Federal High Court sitting in Warri on Wednesday July 13, 2022.
Nelson was arraigned on one count charge by the Benin Zonal Command of the EFCC for fraudulent impersonation. He impersonated Steven Paul, an American doctor, to defraud unsuspecting victims.
The charge against Nelson reads: That you Atarhe Ochuko Nelson sometime between 2021and 2022 in Warri, Delta State within the jurisdiction of this Honourable Court did impersonate the identity of Steven Paul, an American doctor, by fraudulently sending documents to one Besty Tate through Hangout app on the internet which documents you claimed emanated from the said Steven Paul with intent to gain advantage for yourself and thereby committed an offence contrary to Section 22(2)(b)(I) of the Cybercrime (Prohibition, Prevention, etc) Act 2015 and punishable under Section 22(2)(b)(iv) of the same Act”.
Upon arraignment, the defendant pleaded guilty to the charge.
In view of his pleas, the prosecution counsel, I. N. Elodi prayed the court to convict and sentence the defendant accordingly. However, the defence counsel, T. Avwomakpa pleaded with the court to temper justice with mercy as the defendant is a first time offender who has become remorseful for his action.
Justice Abang convicted and sentenced the defendant to one year imprisonment with an option of Five Hundred Thousand Naira (N500, 000) fine.
In addition, the defendant shall forfeit his Lexus ES350 car and mobile phone to the Federal Government of Nigeria and undertake in writing to be of good behavior.
Top Stories