The Police spokesman gave the identity of the two arrested suspects as Abdulrazak Isyaku, 25, and Muhammad Abubakar 18, both residents of Kambarawa area. 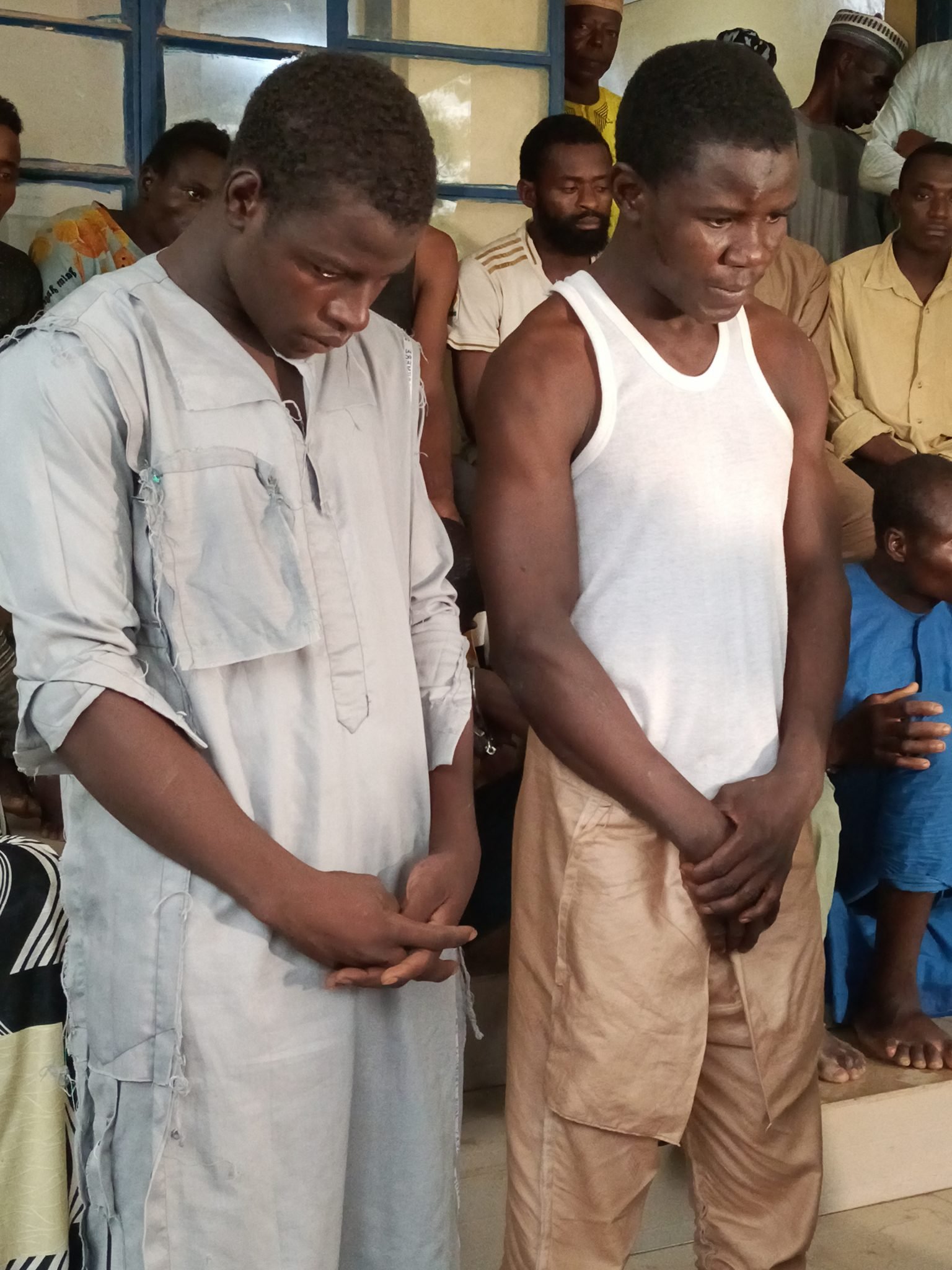 The members of a notorious syndicate terrorizing Katsina metropolitan area and its environs have been finally arrested.

They were nabbed by the Police in Katsina State, on Friday.

Spokesperson of the Katsina Force Command, SP Gambo Isah disclosed this while speaking to journalists on its recent achievements in the fight against crime and criminality in the State.

The Police spokesman gave the identity of the two arrested suspects as Abdulrazak Isyaku, 25, and Muhammad Abubakar 18, both residents of Kambarawa area.

Gambo explained that the notorious robbery syndicate specializes in breaking into dwelling houses at night in Katsina to rob residents in the State capital.

Gambo further revealed that two stolen motorcycles were recovered from the suspects while searching the area.

Gambo said: “Suspects were apprehended based on credible intelligence, at Kambarawa Quarters, Katsina and in the course of investigation, two stolen motorcycles, one Motobi, ash in colour, unregistered and Hijoe, red in colour, with registration number KTN 89 QN were recovered in their possessions.

“The suspects have confessed to the commission of several armed robbery attacks in the State and mentioned one Muhammed Lalo, ‘M’, now at large, as their accomplice.”