He advised Tinubu and his political party, the ruling All Progressives Congress (APC) not to create unnecessary tension in the country. 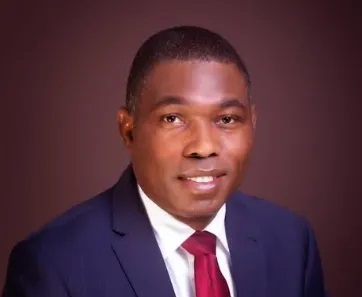 Prince Adewole Adebayo, the Social Democratic Party SDP Presidential candidate in the 2023 election has lashed out at Bola Tinubu over the choice of running mate.
Adebayo described as insensitive Asiwaju Bola Ahmed Tinubu’s choice of a Muslim as his running mate knowing that he is also a Muslim, according to DailySun.
He advised Tinubu and his political party, the ruling All Progressives Congress (APC) not to create unnecessary tension in the country with their choice of running mate.
He said a leader must be sensitive to the sensibilities of his people even if he is looking for competence to give him results knowing how diverse the country is. Advising that the people’ s sensibility must be taken into account, he said: “I am not working secretly or openly for the APC, but let us have politics of reasoning. I have never believed ethnicity and religion should be basis for politics. I know leadership is about accommodation and because the president of Nigeria is not like the Prime Minister of Britain, you must be sensitive to the sensibilities of the people. Even if you are looking for competence to give you results, you must still remember the sensibilities of the people, especially knowing how diverse the country is. If you ask me about the person who made a Muslim/Muslim ticket choice, I will say he is not a sensitive leader and if he keeps making subsequent appointments like that, he will put the country under tension,” he stated.
He, however, said having two faiths ticket does not guarantee good government. “So Nigerians should not congratulate those who have the Christian/Muslim or Muslim/Christian ticket because a lot of Nigerians are neither Christians nor Muslims. If Nigerians has 100 Muslims and 100 Christians, why is the country like this? None of those who bear Christian or Muslim names has ruled according to the detect of their religions because there is no where in the two religions where it is stated that you should steal your people blind, and kill them indiscriminately.”
Adebayo who was on the Twitter platform conversation with hashtag #TalkingJobson,#GettingitrightNig with Prince Adewole Adebayo, anchored by human rights lawyer, Segun Awosanya popularly known as Sega, advised the youths to be circumspect in their choice of who becomes the president in 2023.
He said what is currently trending in the social media is not different from the euphoria that heralded the Muhammadu Buhari administration in 2015 which is regrettable. “Some of my friends who are in the third force today, backed Buhari in 2015. Even though I warned them that time, nobody listened. They said anything but Jonathan. I told them that I won’t support Jonathan but would I also not vote for Buhari. I have been laughing at them since then. PDP has committed sacrilege. APC is an abomination to the nation. Anybody can start campaign online and create anything to trend or even pay firms to have thousands mentioning you. A man of principle won’t be persuaded by that. As we go down the line, a lot of people will know better,” he stated.
He further said: “The touted third force which I am spearheading is a total break from the past. The third force is a coalition of many parties outside the two major parties. That third force doesn’t see Peter Obi, the Labour Party presidential candidate, in it. We, the third force, are open to coalition, working together because it is the right thing to do. The Labour candidate, of course, isn’t a third force. That is why I am not joining in any jamboree.”
Top Stories