15-Year old Boy Tries To Use His Bestfriend For Money Ritual So He Can Buy His Dream Car, GLK Benz (Video)


The boy who was about to be used for money ritual was heard begging for his life, saying that he is the only son of his parent. 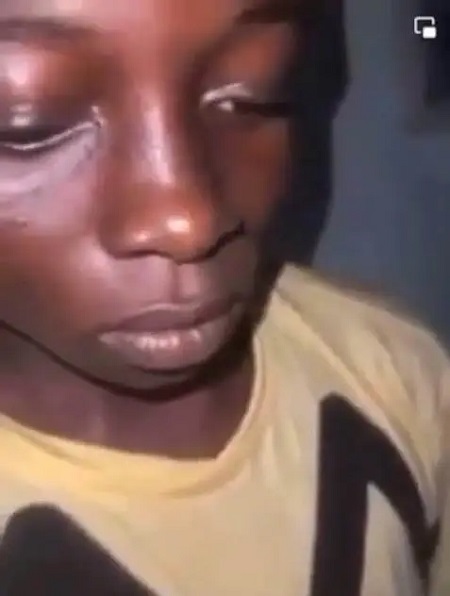 A video has surfaced online showing a 15-year old boy who took his bestfriend to a ritualist for money ritual.
According to him, he wants to use his bestfriend for ritual in order to buy his dream car, a Mercedes Benz GLK.
However, the bestfriend who couldn't believe his eyes was seen begging for his life, saying that he is the only son of his parents and they’re in JSS 3, preparing for their JSCE.
It is not clear how the story ended.
Watch video below: