In a series of tweets, Dotun stated that no one should blame Olamide for Portable's actions. 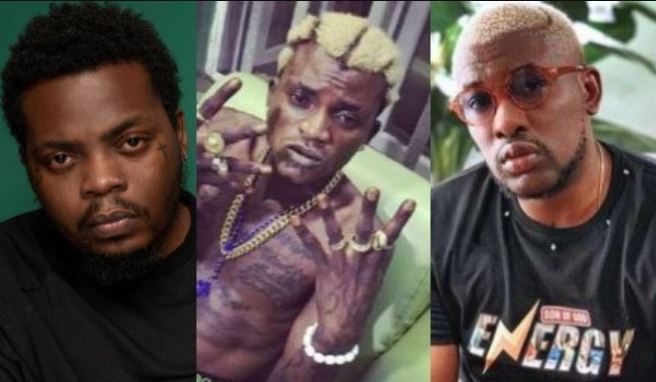 Portable was on Monday, July 18, in the news over his comments about creating notorious cult group, One Million boys.

His comments caught the attention of the Inspector General of Police, Usman Alkali Baba who has instructed the Lagos state police Commissioner of Police to investigate Portable's claim. The singer has since denied any closeness with the group. According to him, he meant to say ''One Million fans'' and not ''One Million boys''.

Following his unending controversial incidents, Nigerians while reacting to this recent development, blamed Olamide for bringing Portable to limelight as their song 'Zazoo Sneh,' gave Portable full time recognition in the entertainment industry and the country.

In a series of tweets, Dotun stated that no one should blame Olamide for Portable's actions.

According to Dotun, Olamide gave Portable a shot. ''Does that mean he should be responsible for helping a man fulfill his dream?'' he asked

See his tweets below'; 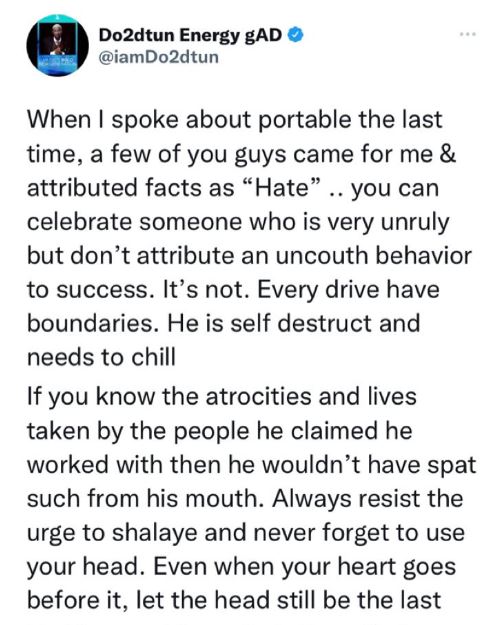 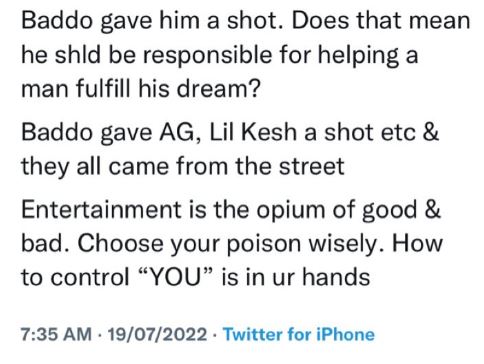