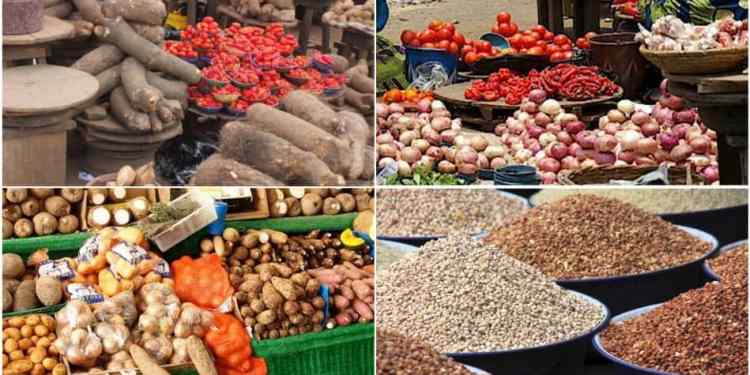 Food inflation in Nigeria has hit 20.60% in June from 19.50 per cent recorded in May 2022, according to the National Bureau of Statistics.
The situation has left traders and buyers crying out for help.
NBS said the composite food index rose to 20.60 per cent in June 2022 on a year-on-year basis; the rate of changes in average price level declined by 1.23 per cent compared to 21.83 per cent in June 2021.
According to the firm, the rate of changes in food prices compared to the same period last year was higher due to higher food price volatility caused by COVID 19.
It also noted that the food index was impacted by increases in prices of bread and cereals, food products, potatoes, yam, and other tubers, meat, fish, oil and fat, and wine.
A trader in Lagos who gave her name as Gladys told The PUNCH that food prices had never recorded the level of instability witnessed in the past year.
Lamenting the situation, she said, “I’ve been in this business for more than 12 years, but right now it is very discouraging. When coming to the market I always make sure I carry more than what I need because prices go up everyday. You can buy this small bag of rice for N10,000, by the time you come back next month, they will tell you it is N11,500.
“This one litre of vegetable oil, we used to sell it N800 but now we’re selling for N1600. The profit we were making when we were selling N800 is even more than what we make when we well at N1600.”
The lamentation was further expressed by another trader Ugochi who said the food business had become increasingly unprofitably due to the frequent hike in the price of food items.
“It’s not our fault. We too, we go to the market, and it is the price we buy that will determine how much we sell,” the lady said.
Digging deep into the problem, a professor of Economics at Covenant University, Jonathan Aremu: “It (food inflation) rise, because when you are talking of agric business, it is divided into four – the input, the production process, the processing of the food and the marketing. The price of food will not go up if the prices of all these subsectors of agric business is not affected. If the price of input is affected, definitely it is going to reflect on the final output of food. If the cost of production is becoming high in terms of what you have to do to produce, particularly the climate of the production.
On his part, the Deputy-President of the Lagos Chamber of Commerce and Industry, Mr Gabriel Idahosa during an interview with the news platform, said that what was being dubbed food inflation by the NBS, from a critical perspective was a function of “food transport inflation.”
Idahosa said, “There are two main reasons. The first is that all the food is transported from the rural and sub-urban areas where the farms are located to the cities. That transportation is mostly done by trucks that use diesel. So, the massive in the price of diesel is translating into a massive increase in the cost of moving the food.
“It is not so much an increase in the cost of producing the food at the farm, but the cost of moving the food from the farm or the sub-urban processing plants to where most of the food is consumed by non-farmers. That is why you see such a strong correlation between the urban inflation and the food inflation, because these two things basically gravitate around the urban population. The farmer does not feel any food inflation because he just harvests the food from the farm and consumes it.”
Top Stories