Another Chibok Girl Rescued In Borno


Troops of Operations Hadin Kai confirmed the rescue of the victim who escaped from Boko Haram captivity with her child. 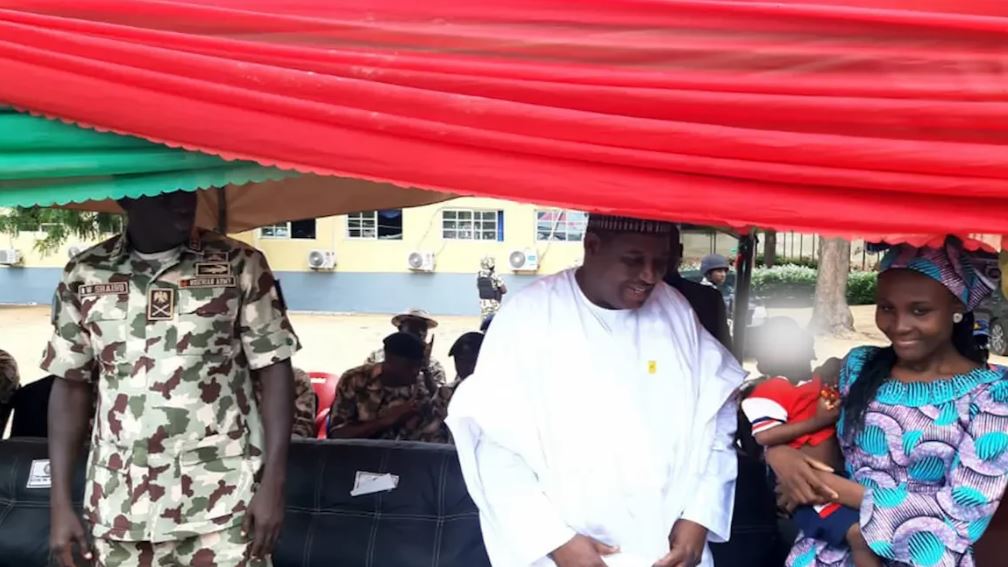 Another Chibok girl, Ruth Bitrus who was abducted by terrorists has been rescued by the Nigerian troops.

Troops of Operations Hadin Kai confirmed the rescue of the victim who escaped from Boko Haram captivity with her child.

The Theatre Commander of Operations Hadin Kai, Major General GC Musa, made this known in Maimalarin Barracks during the official handing over of medical equipment by the North-East Development Commission to support the military on Wednesday, July 20.

“You would recall that some weeks ago, we rescued two Chibok girls and their children, I will like to inform you that we have rescued another in the course of our operations.

We will not rest until Leah Shaibu and other Chibok girls are returned and united with their families. We won’t rest until all of them are safely returned. Ruth Britus was rescued from Sambisa forest with her son,” Maj Gen. Musa said

It would be recalled that some days ago, the troops had rescued two Chibok girls, Mary Dauda and Hauwa Joseph, after they escaped from Boko Haram camp in Gazuwa, located about 9 kilometres to Bama Local Government Area of Borno.