The protesting youths barricaded the Onitsha-Owerri Expressway while calling for the disbandment of Ebubeagu. 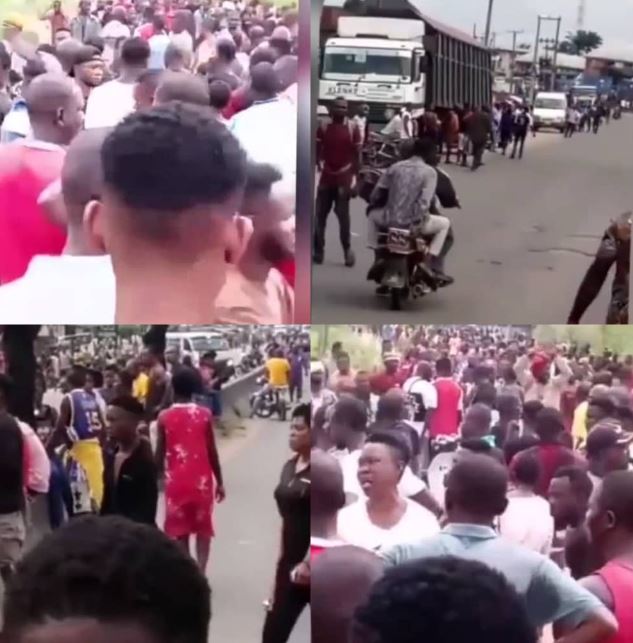 The protesting youths, who are indigenes of the Awo-mamma community in Oru East and Oru West Local Government Areas of the state, barricaded the Onitsha-Owerri Expressway while calling for the disbandment of Ebubeagu.

However, the Department of State Security (DSS) said that contrary to the views of the protesting youths, the killing was carried out by members of the militia wing of IPOB/ESN who gathered to plan their nefarious operations ahead of the illegal sit-at-home on Monday.

The deceased persons were said to be returning to their community in Otulu in Oru East LGA from Awomama in the neighboring Oru West LGA when gunmen suspected to be operatives of Ebubeagu opened fire on them.