Loven, who disclosed this on Wednesday, July 20, said the boy has been living in the bushes for many months to hide from his father. 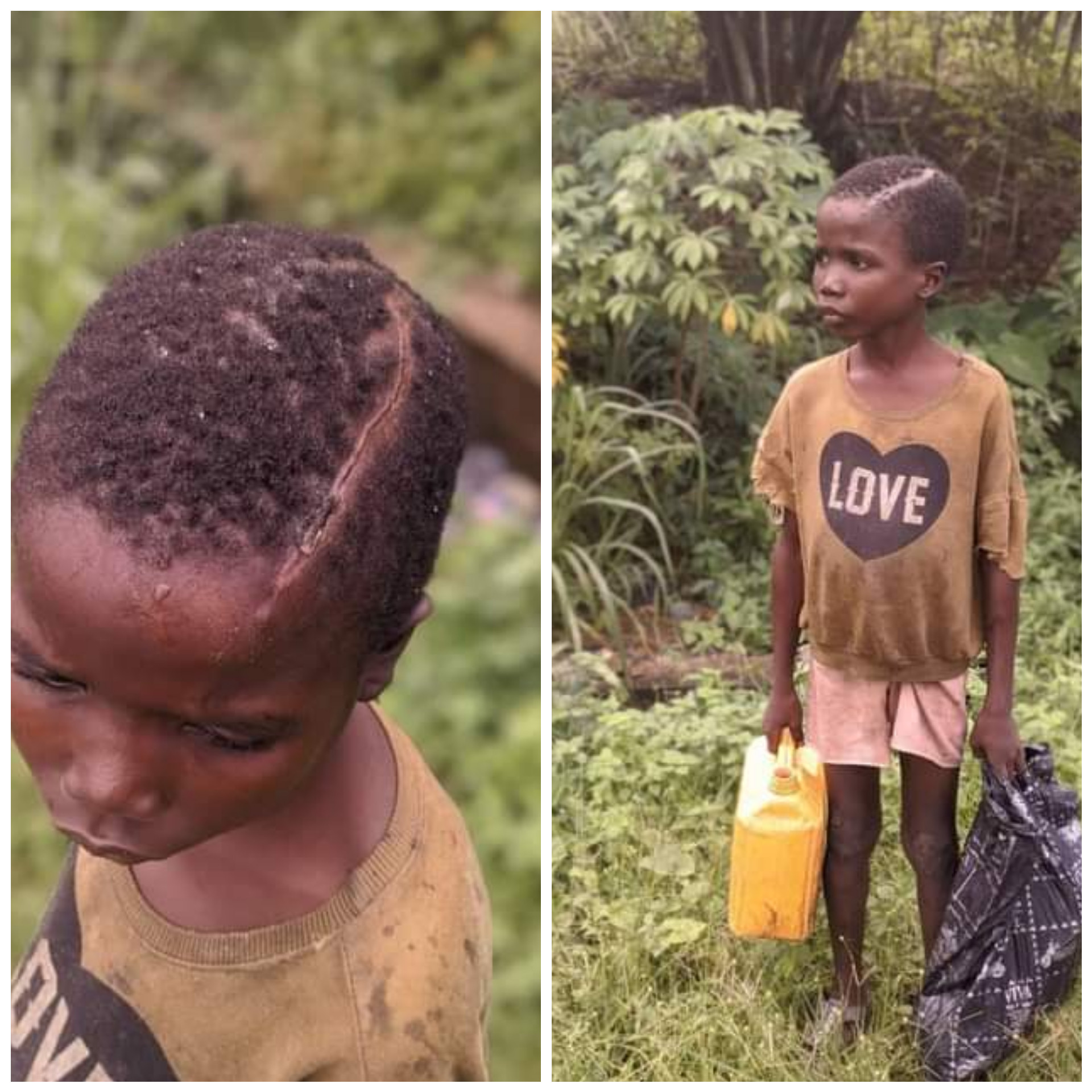 A little boy accused of engaging in witchcraft and attacked with a machete by his father has been rescued.
Danish aid worker, Anja Ringgren Lovén and her team rescued the young boy who was almost killed by his father after he was accused of being a witch in Akwa Ibom.
Loven, who disclosed this on Wednesday, July 20, said the boy has been living in the bushes for many months to hide from his father.
"A week ago, Land of Hope Director of Child Development Nsidibe Orok got an emergency call to rescue a child in a local community," she wrote.
"A little boy was accused of being a witch and the father had tried to kill him by cutting him on the head with a machete.
"When Orok came to the village he found the boy inside a bush. He was living in the bushes to hide from the father. He has been living in the bushes for many months and only survived because an old woman, who he was not even related to, gave him food sometimes.
"This is a case of severe child abuse and how ironic that the boy was wearing a t-shirt with LOVE printed on it considering his inhumane condition.
"Before the boy was abandoned his father use to torture him. His mother died when he was young and the step mother did not like him.
"Today Orok and I had a little session with the boy and we saw a little smile on his face for the first time. His name is Samuel and he is now safe at Land of Hope.
"He has only been here for a week and he is still traumatized but I can assure you that he has already felt the true meaning of the word LOVE" 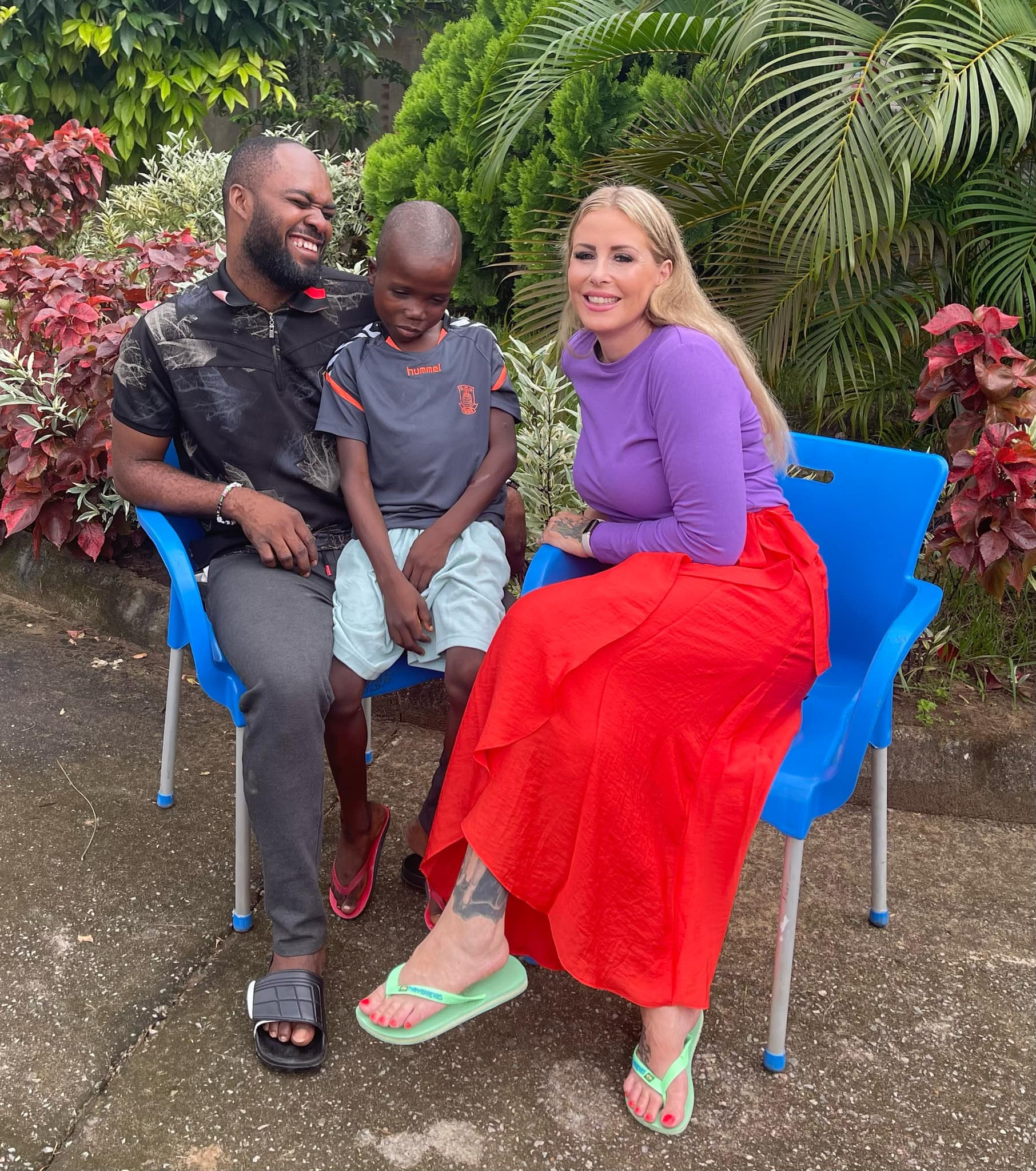 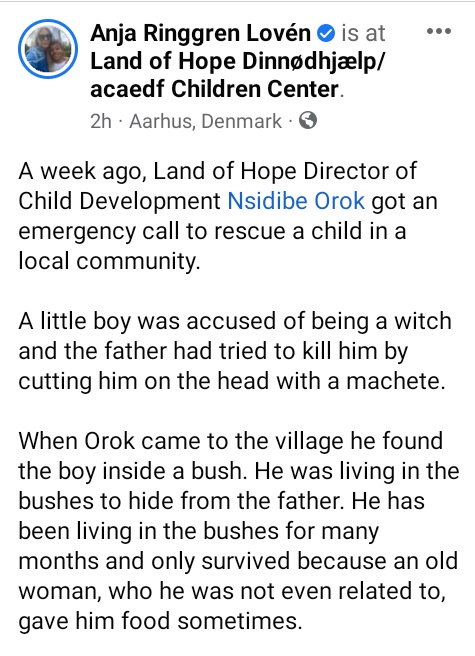 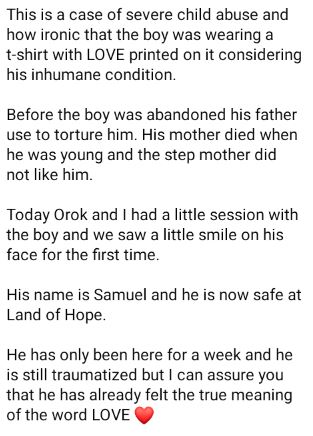