The suspect murdered Pamela after she welcomed him into the home of her fiancée' while he was away at work. 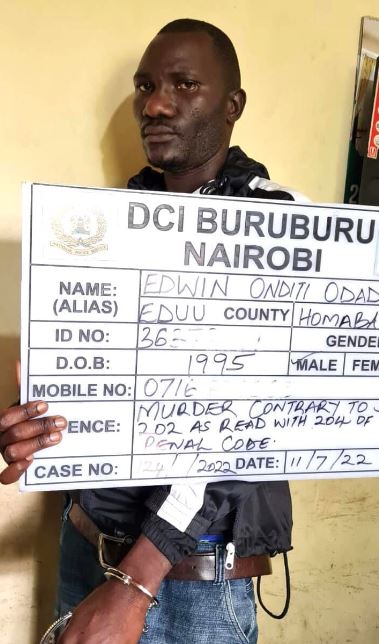 A man identified as Edwin Onditi Odada has been apprehended by detectives attached to the Directorate of Criminal Investigations (DCI) for having unlawful carnal knowledge of his friend’s fiancé and strangling her to death in Nairobi, Kenya.

The suspect murdered Pamela Asesa, 26, after she welcomed him into the home of her fiancée' while he was away at work.

DCI in a statement on Thursday, July 21, 2022, revealed Ms Asesa’s fiancée, James Samson Oduor, returned home on July 12, to find her lifeless body on the bed with a t-shirt inserted into her mouth.

"Had Pamela Asesa known that letting her man’s friend to their house would cost her life, she would have never allowed it to happen.

Unknown to the deceased, her man’s friend was burning with malice and resentment. Edwin Onditi Odada attacked, r*ped and strangled her before leaving her for dead," the statement read.

On July 12th, James Samson Odour, returned home as usual at around 8pm, tired after a long day of grind, expecting to be received into the warm arms of his lover.

The two had been cohabiting at a rented apartment in Nairobi’s Umoja Estate. Oduor, who works at an engineering company along Mombasa road, arrived at his house only to find it inaccessible having been locked.

At first, he assumed that his fiancé had probably gone out to shop for dinner, but her phone constantly went unanswered.

It was not until minutes turned into hours without her showing up that he smelt a rat. He contacted a friend who showed up immediately and together, they broke into the house. What they witnessed sent shockwaves all over Oduor’s body.

His fiancé’s lifeless body was lying sprawled on their bed. A T-shirt had been inserted into the deceased mouth, while the body had visible scratch marks on the neck, indicating that she had been strangled. The deceased also appeared to have been sexually assaulted before she breathed her last.

Preliminary investigations indicated that Edwin Onditi Odada, who is the main suspect, was seen leaving Oduor’s house at around 4pm on that fateful day.

Detectives have established that the deceased had initially reported to her boyfriend that at one time on an earlier date, the suspect had attempted to r*pe her.

The suspect had been close friends with Oduor and they even resided together in the same house that the beastly act was committed.

Oduor had expelled Odada from the house after learning that he had attempted to r*pe his girlfriend, only for him to return on the fateful night where he found the deceased alone in the house, and resorted to strangling her to death.

Following the brutal murder, Dandora-based sleuths swung into action and conducted a nightlong operation where they successfully managed to arrest two suspects. Edwin Onditi Odada, the main suspect has since confessed to having committed the murder.

A second suspect, Samuel Juma Otieno, was found to be in possession of the deceased’s mobile phone.

Criminal records have revealed that Edwin Onditi Odada had previously been sentenced to life imprisonment by Oyugis high court following a case of defilement in the 2017. He was later released after a successful appeal in the 2020.

The two were arrested within Tushauriane area in Kayole on Wednesday and are currently cooling their heels at a Police facility awaiting arraignment. 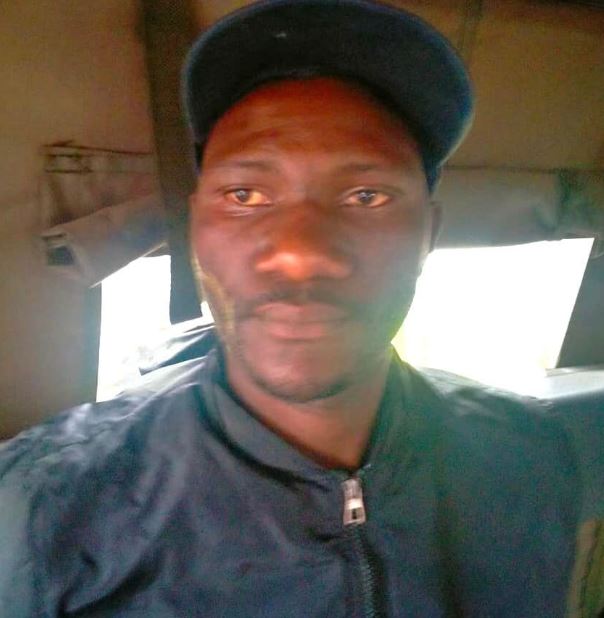