He said it was on the process of looking for his brothers that he met an eyewitness (a lady) who told him that the Ebubeagu people took one of their victims alive. 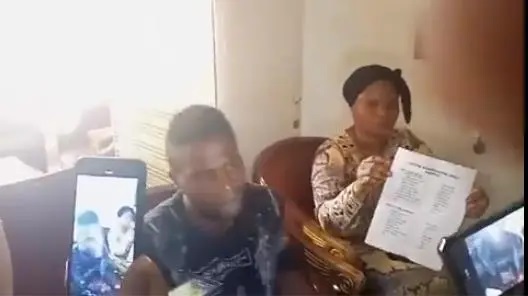 The groom whose brothers and friends were killed on Sunday by operatives of Ebubeagu outfit has shared his own side of the story.
Okezueonu Chijioke Nnanna, from Otulo-uba-awaocha, in Oru West, Imo state, confirmed that his friends and brothers were killed on the Sunday, July 17, 2022 by operatives of Ebubeagu.
The incident happened on the day of his traditional marriage introduction.
According to him, his in-laws offered them food and drinks after they had finished their marriage rites, as custom demands. After eating some of his brothers went home, but they met their untimely death at the hands of the Ebebeagu security outfit. Chijioke explained that his brothers have not gone far (like 3 poles) away from the wedding venue, and they started hearing serious gunshots, so they all scattered and looked for safety.
He narrated that the serious gunshot lasted for hours, from Sunday evening till mid-night, and didn’t know that his own brothers were victims until the next morning, being Monday, July 18, 2022.
He went in search of his brothers (who survived) in nearby places, crying and thinking that they were all dead.
He said it was in the process of looking for his brothers that he met an eyewitness (a lady) who told him that the Ebubeagu people took one of their victims alive. So, he started dialing his phone but whomever that was at the other end of the phone would busy the call.
He continued by narrating that one of his younger brothers who was caught by a stray bullet, ran back to his in-law’s house, so the Ebubeagu man traced his younger brother back to the home of his in-laws through the blood stains that was leaking from his body. According to Chijioke, Ebubeagu men caught up with his brother who was hiding at the back of a GP tank, pointed a shutgun at his chest and shot him at close range.
The Ebubeagu men took away every gift items he bought for his in-law, took away the personal properties of the man, his car which he came back with, from Abuja, another car that belonged to one of his friends that came from Onitsha, Anambra state to support him, motorcycles belonging to his brothers and other guests that came because of him, all the food items, drinks, etc that were at the place, ransacked the whole place, and burnt down his in-law’s house.
By his count, Chijioke revealed that 14 of his guests, were 14 in number, all boys. Then out of the 14 victims, 7 of them (including his immediate brothers and cousins) were killed, while 2 are in hospital.
Speaking on his marriage, he said that his wife is now scared of coming back, that his wife has already ended the marriage before it bagan.
According to Chijioke, he explained that his wife said she can’t be comfortable with the knowledge of her presence, being a constant reminder to those families that lost their loved ones. He said she’s afraid and will no longer feel welcomed in their midst as their wife.
According to the interview with Punch, he cried out for help from the public.
Watch video below:
Top Stories