Photo Of Rival Cultists Arrested By Police In Lagos 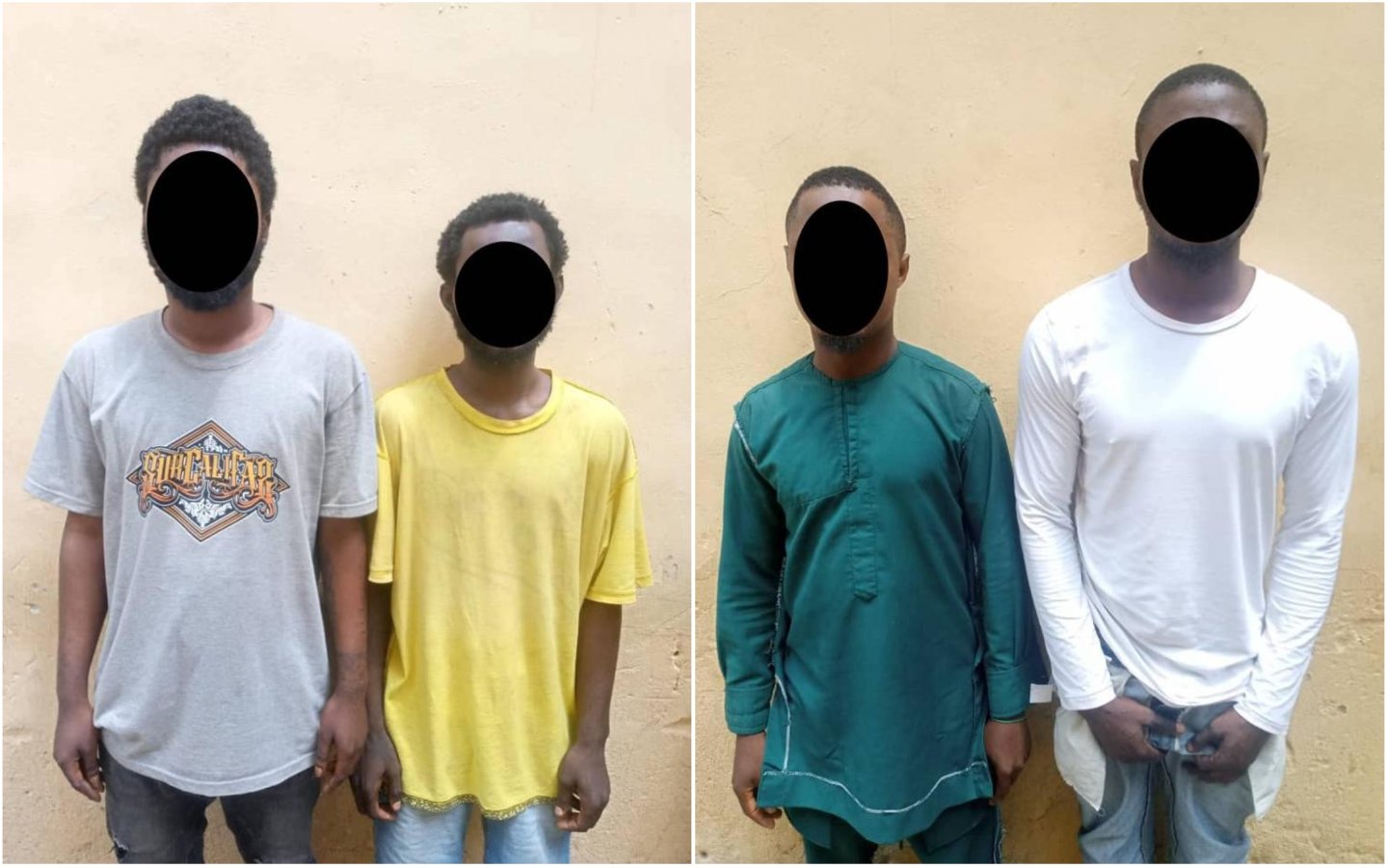 Four suspected members of rival cult groups have been nabbed by the police in Lagos.

They are accused of nefarious and criminal activities in the Badagry area of the state.

The spokesman said the command received several complaints from residents about violence and killings.

“They were arrested in various parts of Badagry in an operation that lasted days.

The suspects will be taken to court after a comprehensive investigation.

Commissioner of Police, Abiodun Alabi assured that the security agency would continue to combat cultism and crimes.