Aleru was recently turbaned as Sarkin Fulani (Chief of Fulani) of Yandoto Emirate by the Emir of the emirate, Aliyu Marafa. 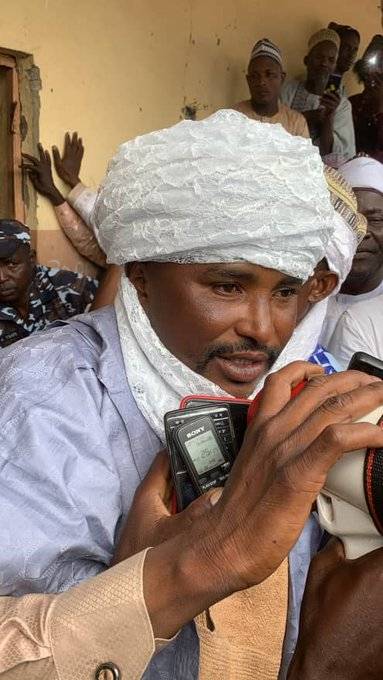 The six-man committee set up by the Zamfara State Government to investigate the circumstances leading to the turbaning of notorious terror kingpin, Ado Aleru as the Sarkin Fulani (the chief of the Fulani) has demanded N3.2million to finance its activities.

Aleru was recently turbaned as Sarkin Fulani (Chief of Fulani) of Yandoto Emirate by the Emir of the emirate, Aliyu Marafa.

Yandoton Daji is one of the two new emirates created by the Zamfara government in May.

The turbaning ceremony was held at the palace of the suspended Emir and was attended by the council chairman of Tsafe Local Government and the state Commissioner of Security and Home Affairs, DIG Ibrahim Mamman Tsafe (rtd).

The bandit leader was the arrowhead of a deadly raid on Kadisau, a community in the Faskari Local Government Area of Katsina State, where about 52 people were killed.

He was declared wanted by the Katsina Police Command in 2019 with a bounty of N5 million put on his head.

Reacting to the event, Governor Bello Matawalle suspended the Emir and inaugurated a committee to investigate the circumstances leading to his action.

The committee has Yahaya Goro as chairman and Musa Garba as secretary.

However, Secretary of the Committee, Bukkuyum in a letter to the government requested funds running into millions of Naira for two weeks’ sitting allowances, stationeries, refreshments and other miscellaneous procurements.

“I humbly write to apply on behalf of the above-mentioned committee for the release of funds to finance its activities which have since commenced today Thursday, 21st July 2022.

A breakdown of the committee’s demand includes a N420,000 sitting allowance for the chairman, which is a daily fee of N30,000 for 14 days.