The victim collapsed and died after pleading with the LASTMA officials to release his vehicle. 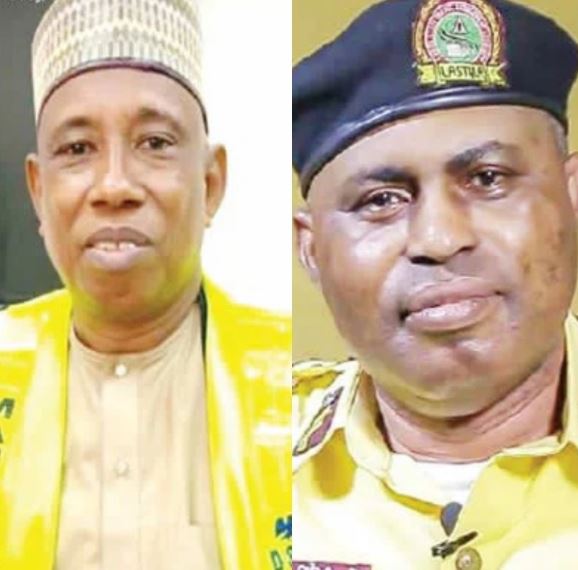 Modibo Usman, who was hypertensive, was being driven by his son, Mustapha, to the Foremost Radiology Consultant Hospital on Ogunlana Drive, Surulere, to obtain a test result for his daughter, Ummu, when they encountered the officers.

Mustapha said his father also had an appointment with his doctor at the Living Heart Hospital in the Lekki area of the state on the same day, Punch reports.

He said when two LASTMA officers stopped him for allegedly disobeying traffic light, his father pleaded that he was on his way for a medical emergency but the officers ignored him.

He alleged that the officers demanded a N50,000 bribe to release the vehicle.

Mustapha rold Punch: "My father and I kept pleading with them but the officers refused. My father was even crying and telling them that he had a medical emergency but they said that is what people usually say.

"The two officers ordered us to go to the back seat and they sat at the front and started driving us to the Foremost Radiology Consultant Hospital. My father continued crying that he was in an emergency; they then demanded N50,000 to release us.

"But when we got to the hospital, we quickly rushed to get the test result to show them so we could continue our journey to see his doctor at Lekki but the officers and the vehicle were nowhere to be found when we returned.

"Instantly, my dad suffered a shock and collapsed. I quickly alerted the nurses and they rushed to attend to him and confirmed him dead.

"When I rushed to the LASTMA office to inform the officers that what they did had caused my father’s death, they started saying I could take the vehicle but I left it there and called our relative, Mrs Yosi Yaduma, to inform her about what happened."

Yaduma said she reported the case at the Area C Command in Surulere and the two officers were arrested. The case was transferred to the State Criminal Investigation Department, Yaba.

Yaduma said Modibo was the breadwinner of his family. He is survived by two wives and 11 children.

Family members of the man are demanding justice following the death of their breadwinner.