The NLC called on the government to act or risk another #ENDSARS protest. 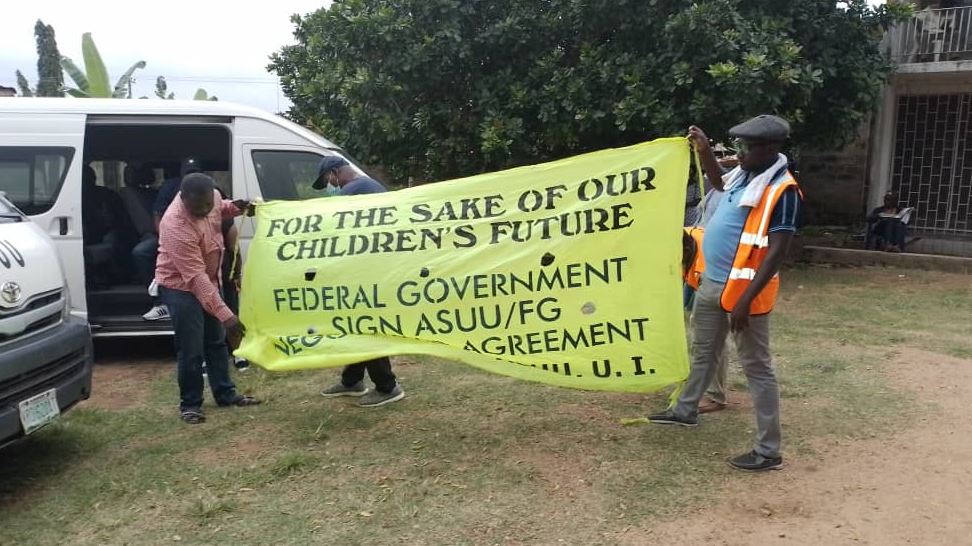 Following the lingering strike by the Academic Staff Union of Universities (ASUU), the Nigeria Labour Congress (NLC) Lagos State chapter, on Tuesday issued a two-week ultimatum to the Federal Government to resolve the issue.

The Lagos NLC chairperson, Mrs Agnes Sessy made this known during a protest in Ikeja

She urged the government to act or risk another #ENDSARS protest.

The NLC and other university unions took to the streets of Lagos to protest the ongoing ASUU strike on Tuesday.

She said: “If the Federal Government does not resolve the strike within two weeks, there would be a nationwide mass protest. In fact, the ENDSARS protest would be a child’s play.”