To keep their operations running, some carriers are now cutting flight frequencies on major routes, including: Lagos/Abuja from many flights daily to just a few per week. 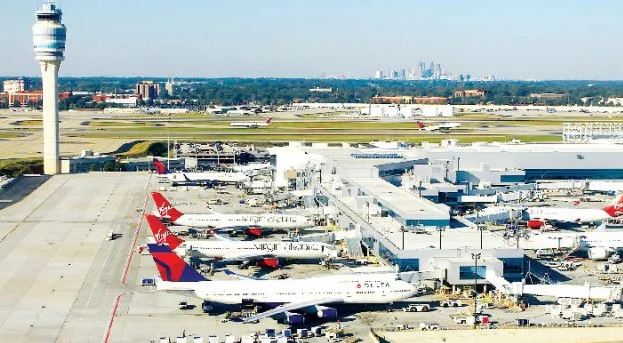 According to a report by The Nation, domestic airline carriers in Nigeria have now begun to resort to cutting flights.

The airlines are cutting flights on major routes as part of measures to reduce operating cost and remain in business.

The strategy by the operators is in response to the shortage and lingering scarcity of jet gas being experienced in the aviation industry.

The sector’s operations reached a crisis point yesterday with the product selling  for between N830 and N900 per litre. There’s palpable apprehension pervading the sector with operators sensing that aviation fuel prices may hit the N1,000 per litre mark in a few days unless there is some intervention.

To keep their operations running, some carriers are now cutting flight frequencies on major routes, including: Lagos/Abuja from many flights daily to just a few per week.

Aviation fuel, which sold for N180 per litre last year, is pushing towards N1,000 per litre,  a development operators say has resulted in over 130 per cent hike in the cost of running the business.

Experts say it costs about N70 million daily to fill the fuel hold of a big aircraft.

Investigations show that it costs about N50 million daily to fill the fuel hold of a medium, narrow body aircraft.

Expenditure on aviation fuel constitute over 40 per cent of the operating costs of airlines.

Investigations by The Nation r show that one-way fares on the Lagos-Abuja rotation oscillate between N70, 000 and N110,000 depending on the carrier.

AZMAN Air, it was learnt, has reduced its daily flight on the Lagos / Abuja route to about thrice weekly.

Competing carriers including : Max Air, Air Peace , Ibom Air and Green Africa Airways are consolidating on the challenges of some operators to gain headings on some routes.

With no end in sight in resolving the crippling effects of shortage / scarcity of aviation fuel ; operators are re-jigging  their business  strategies to acquire less fuel consuming airplanes – Embraer regional jets , ATR propeller aircraft and other models to assuage the hemorrhaging in fuel cost.

Experts have however  proposed some solutions to the beleaguered aviation industry.

They have proposed easy access to the foreign exchange window at the official Central Bank of Nigeria’s rates for airlines, granting of licence to local carriers to import aviation fuel, appropriate pricing of jet gas,  accelerated refurbishment of the refinery.

In separate interview with The Nation, passengers narrated their ordeal over the surging fares, saying they could only embark on essential trips under the current air fare regime.

An Abuja – bound passenger who identified himself as Mr Ola Dawodu said if the situation escalates , he would be compeied to opt for other modes of transportation.

Another passenger , identified as Mrs Fausat Akoni said it was becoming difficult to raise huge funds to purchase tickets.

She said :” It is not financially convenient , but because of the security situation in the country I cannot imagine travelling from Lagos to Kano by road.

President of the Aviation Safety and Round Table Initiative (ASRTI), Dr Gabriel Olowo, advised airlines to sell their tickets in line with the fluctuating price of aviation fuel.

Olowo, in a statement, also called for increased vigilance of the Nigerian Civil Aviation Authority (NCAA), saying a price increase was better than negotiating safety by cutting corners.

Olowo said, “This is my candid opinion to airlines, given these uncontrollable factors of production in the airline industry sector. He said demand will definitely drop, but that was much better than cutting corners and plan an accident.

“This will translate to a N107,000 tariff for one way journey. PHCN (power firms) have introduced a premium tariff on power and those who can afford it are settling for it. This is not the time for frivolous and reckless competition nor uneconomic patriotism.”

He also said the sector must not negotiate accidents and that the NCAA was encouraged to be more vigilant to “watch cutting corners.”