In a viral video, Obi was introduced to the congregation by Pastor Becky Enenche, the wife of the Dunamis’ senior pastor, Paul Enenche. 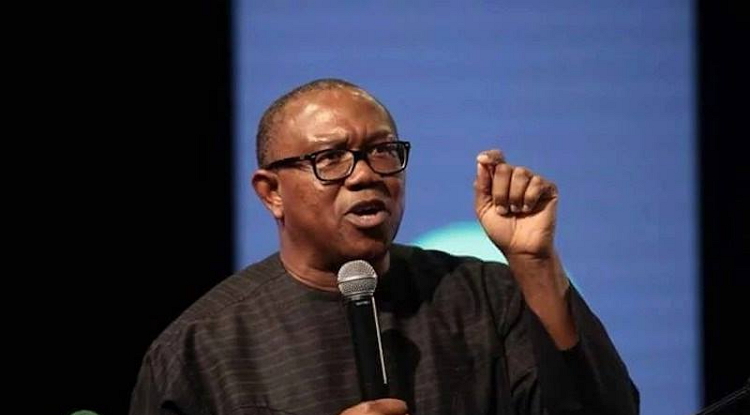 The many supporters of Peter Obi, who are popularly known as and called Obidients, have celebrated the man.

They hailed the rousing welcome received by the Obi who is the presidential candidate of Labour Party at the Dunamis International Gospel Centre, Abuja.

In a viral video, Obi was introduced to the congregation by Pastor Becky Enenche, the wife of the Dunamis’ senior pastor, Paul Enenche.

As she mentioned that Obi was in the church’s 100,000-capacity building, the congregants gave thunderous applause and cheers, as some also chanted the presidential candidate’s name.

Despite Pastor Becky’s attempt to calm the crowd, the congregants kept clapping and screaming, as Peter Obi shook hands with the senior pastor of the church.

Reacting to the viral videos, Obidients on Twitter noted that the applause was an affirmation of people’s love for Obi.

A tweep, @dubbyibe, said, “The love shown to you was massive and organic. Billions can’t buy it. I’m literally crying here. May God hear our cry and give us Peter Obi.”

Noting Obi’s gesture during the applause, @engineerleonardo tweeted, “Humble man wanted to sit down after two second. Boss, stand up. You are not ordinary. Allow us to celebrate grace in your life.”

Another tweep, @bosin_betiku, tweeted, “Truth is, if these people have anything against Obi, they would have used it by now. But, man’s record is clean.

“When the righteous are in authority, the people rejoice.A clear example of Proverbs 29:2,” @ucee_oti tweeted.

Haling Obi, @steve_destiny said, “Incoming president. We are rooting for you on a regular basis. Please, when you enter, don’t disappoint us, so that our enemies will not mock us.”

The church’s mid-year worship service which took place on Friday night was also attended by the Governor of Akwa Ibom State, Udom Emmanuel, and the First Lady of Delta State, Edith Okowa.