A video of the incident showed how the white man hit and choked Alika while people stood by and watched him being attacked. 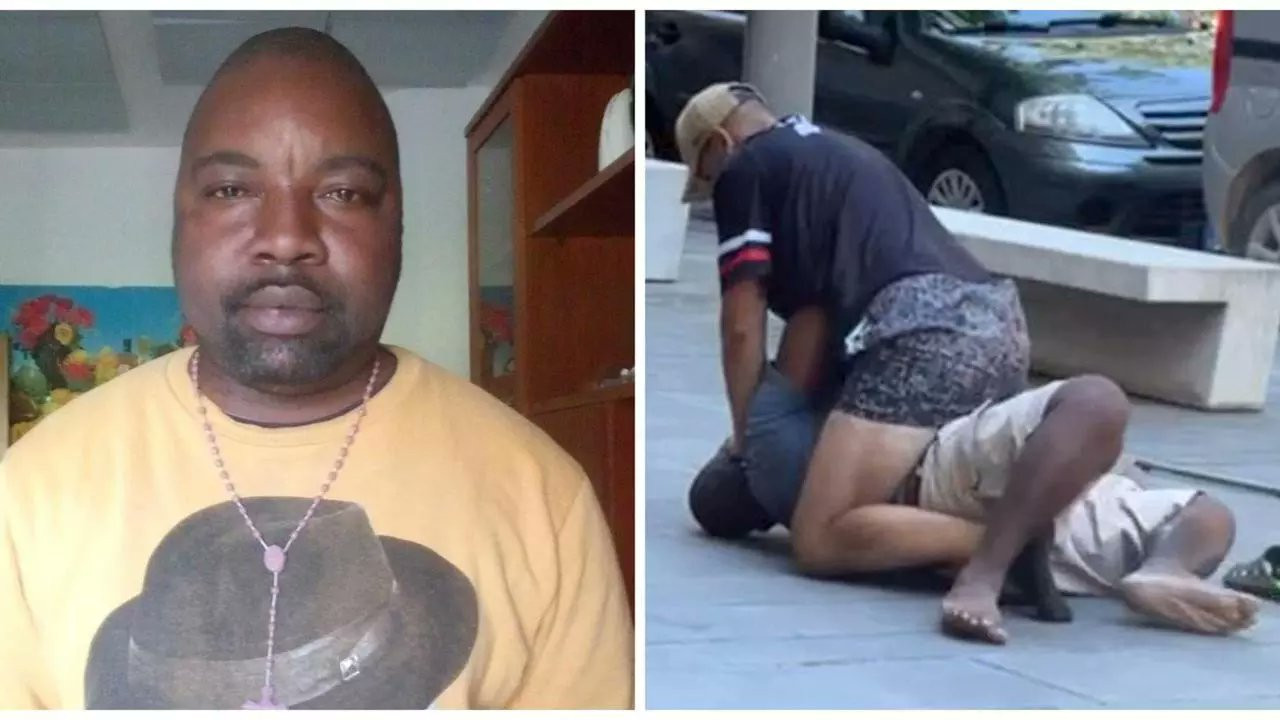 An Italian man who reportedly killed a 39-year-old Nigerian street-seller, Alika Ogorchukwu has been arrested by the police.
The white man had killed the Nigerian in a street fight for complimenting his partner's beauty on the streets of Civitanova Marche city located in the Province of Macerata, Marche Region of Italy.
Video footage of the attack was shared online last week.
It showed how the white man hit and choked Alika while people stood by and watched him being attacked.
In a new development, the Italian police say it has detained 32-year-old Filippo Claudio Giuseppe Ferlazzo, who was tracked down using street cameras after the vicious attack. The police say he is being held on suspicion of murder and theft, the latter for allegedly taking the victim’s phone when he fled.
According to the police, Ogorchukwu was selling goods at midday Friday on the main street of Civitanova Marche, a beach town on the Adriatic Sea coast, when an Italian man grabbed a crutch the street-seller used to walk and struck him down. Footage shows him being wrestled to the ground, despite attempts to fight back.
Police chief, Matteo Luconi, told Italian news channel Sky TG24 that onlookers called police, who responded to the scene after a suspect had fled and attempted to administer aid to the victim. It was not clear if he died at the scene. He said an autopsy will determine how he died.
Luconi told Sky TG24 that the assailant lashed out after the vendor made “insistent” requests for pocket change. He added that the police were questioning witnesses and had taken into evidence videos of the attack. They said the suspect has made no statements.
Mr Ogorchukwu, who was married with two children, resorted to selling goods on the street after he was hit by a car and lost his job as a laborer due to the injuries he suffered. The accident left him with a limp, and needing crutches, said Daniel Amanza, who runs the ACSIM, an association for immigrants in the Marche region’s Macerata province.
Amanza claimed the aggressor became infuriated when Ogorchukwu told the man’s companion she was beautiful.
Meanwhile, the wife of the deceased Nigerian man, Charity Oriachi, has called for justice for her husband. Speaking to newsmen in Italy, a distraught Charity said
“I need justice for my husband, that is what I want. Because it is too much, the pain is too much for me.”
Top Stories