Minister of Communications and Digital Economy, Isa Pantami made the announcement on Monday in Oniru, Lagos. 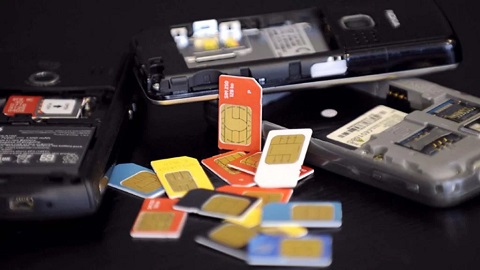 A ban on the importation of subscriber identity module (SIM) cards has been announced by the federal government.
The announcement was made by the Minister of Communications and Digital Economy, Isa Pantami on Monday in Oniru, Lagos.
He spoke at the Nigerian Telecommunications Indigenous Content Expo (NTICE) organized by the Nigeria Office for Developing Indigenous Telecoms Sector (NODITS) of the Nigerian Communications Commission (NCC).
Pantami said Africa’s biggest country should not be importing things that could be produced within.
“Let me make it clear that the federal government will no longer tolerate the importation of sim cards. We are now producing them in Nigeria.
“Our aim is to increase indigenous content in the ICT sector so that by 2025, we will be self-reliant by at least 80 percent”, the minister noted.
Pantami urged stakeholders and citizens to support government efforts to boost local patronage and consumption.
“If we do this, history will be kind to all of us”, the professor of Cybersecurity added.
In June, Pantami informed the public that the Buhari administration had established a SIM card manufacturing plant in Lagos.
The facility, built with private sector support, has the capacity to produce 200 million cards annually and also export them to other African countries.
Top Stories