Okowa had in an interview with BBC pidgin on Monday, August 1, said that Obi’s experience not enough for the problems bedeviling the country. 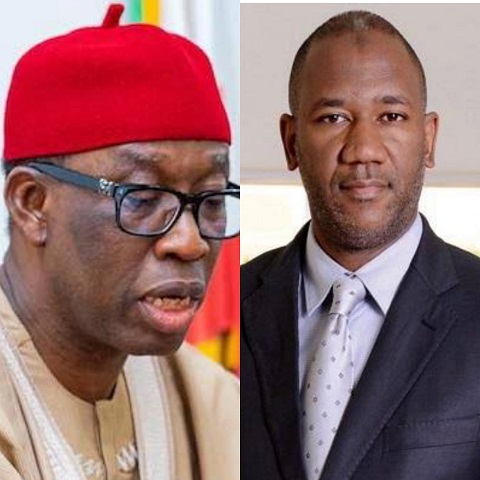 Vice Presidential candidate of Labour Party (LP), Datti Baba-Ahmed, has rubbished claims that Peter Obi, the presidential candidate of Labour Party does not have the experience to lead Nigeria.
Governor Ifeanyi Okowa, running mate to the presidential candidate of the People Democratic Party (PDP), Atiku Abubakar had made the claim in an interview with BBC Pidgin on Monday August 1.
Okowa said that Obi’s experience not enough for the problems bedeviling the country. He advised the youths to be wise while electing their leaders come 2023 elections.
He argued that Atiku was more experienced than Obi in Federal Government administration.
“I did not say he won’t have any votes, he will have. But what I’m saying is that he’s not a new candidate. It has not been long since he left PDP. You know he was in APGA before, from APGA he came to PDP. It has not been long since he left (PDP), so he cannot say anything about PDP because that’s where he was before.”
“Some of us are still here. At every party, there are good people and bad people. But today’s Nigeria is very troubled and we need the right person. That is why I am appealing to our youths to be wise and vote well, they should not be blinded by the concept of a false change because that is how they raved on Jonathan in 2015.
“His (Obi) previous experience is not enough for this one (presidency), it will be hard. His experience is not deep enough. Even as a current governor ruling in a time of crisis, I know how hard it is.
Reacting in an interview on ChannelsTV Monday night, Datti Baba-Ahmed challenged Okowa to present anyone that has more experience than the former Anambra State Governor.
“It’s untrue that Obi does not have enough experience. He is more experienced than any of the contestants. Show me anyone who has more experience than peter Obi. None of them have as much as peter obi has.”
He further stated that he and his principal were looking forward to having a “government in money and not money in government.”
Watch video below:
Top Stories