Chinese defence ministry also said its Red Army is gearing up to respond to an "enemy situation" as it carries out targeted military drills in patches of the ocean surrounding the self-ruled island. 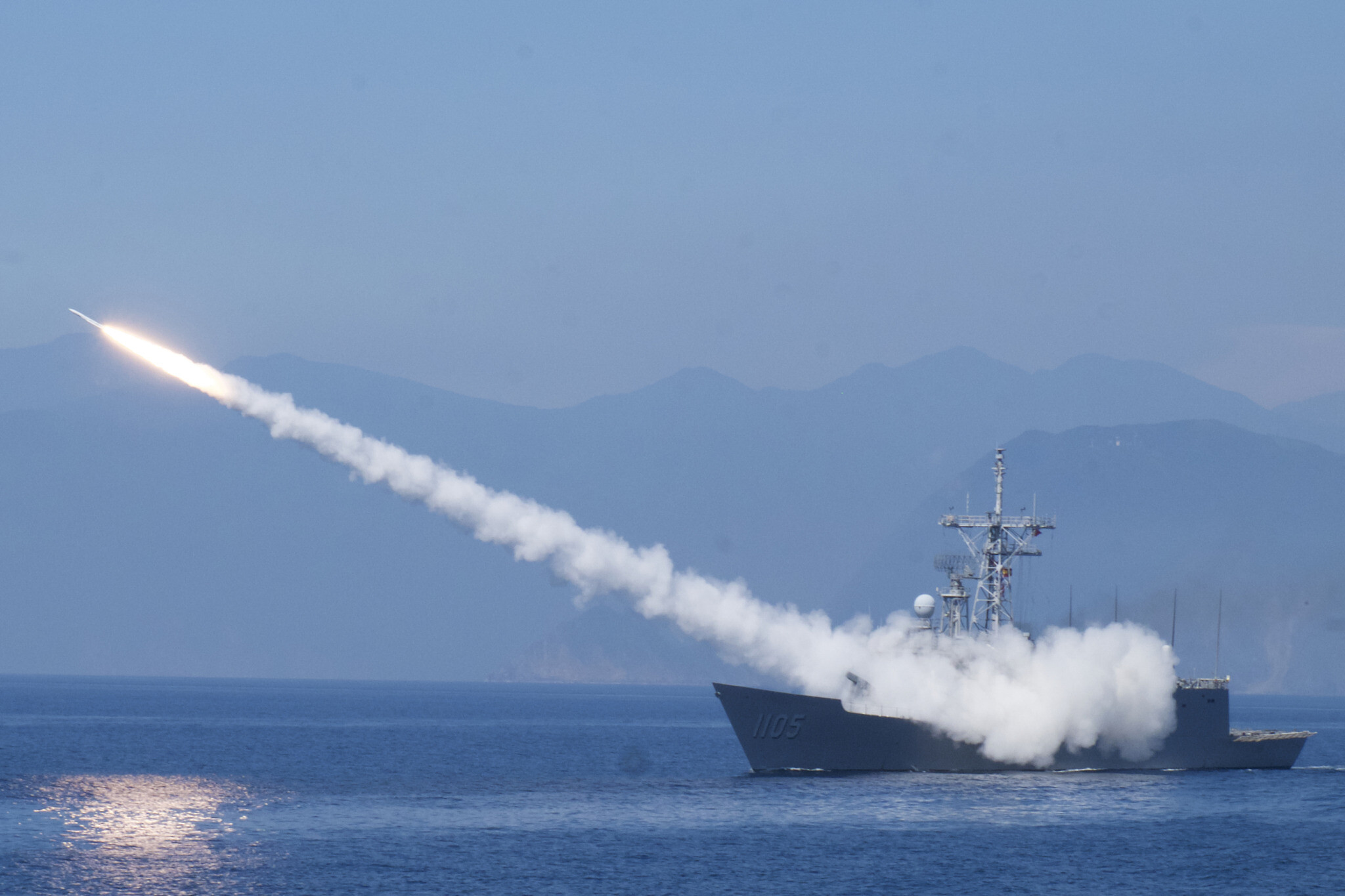 China has fired missiles into Taiwanese territory just a day after US House Speaker Nancy Pelosi left the country.
It was also gathered that the missiles were fired after a fleet of 10 People's Liberation Army navy warships arrived the median line that separates the warring nations.
Chinese defence ministry also said its Red Army is gearing up to respond to an "enemy situation" as it carries out targeted military drills in patches of the ocean surrounding the self-ruled island.
China engaged in its largest-ever military exercises, encircling Taiwan on Thursday August 4, in a show of force straddling vital international shipping lanes after a visit to the island by US House Speaker Nancy Pelosi.
Pelosi left Taiwan on Wednesday August 3, after a trip that defied a series of stark threats from Beijing, which views the self-ruled island as its territory.
Second in line to the presidency, Pelosi was the highest-profile elected US official to visit Taiwan in 25 years.
She said her presence made it “unequivocally clear” that the United States would “not abandon” a democratic ally like Taiwan.
It sparked a furious reaction from Beijing, which vowed “punishment” and announced military drills in the seas around Taiwan, some of the world’s busiest waterways.
“Six major areas around the island have been selected for this actual combat exercise and during this period, relevant ships and aircraft should not enter the relevant waters and airspaces,” state broadcaster CCTV reported.
Beijing later said announced that it conducted “precision missile strikes” in the Taiwan Strait.
“Long-range armed live fire precision missile strikes were carried out on selected targets in the eastern area of the Taiwan Strait,” the Eastern Theater Command of the People’s Liberation Army, the ruling Communist Party’s military wing, said in a statement on its social media platform.
“The expected outcome was achieved,” it added. No other details were given.
The exercises will take place in multiple zones around Taiwan, at some points within just 20 kilometers (12 miles) of the island’s shore, and will conclude at midday on Sunday.
The Dongfeng is Beijing's flagship family of short, medium, intermediate-range and intercontinental ballistic missiles - many of which can carry nuclear and conventional payloads - that can wipe out entire cities in a milisecond.
Taiwan's Ministry of Defence has confirmed China had launched several Dongfeng missiles into waters around the northeast and southwest of the island.
Taiwan’s defense ministry said it was closely watching the drills and that the island was prepared for conflict, but would not seek it.
“The Ministry of National Defence stresses that it will uphold the principle of preparing for war without seeking war, and with an attitude of not escalating conflict and causing disputes,” it said in a statement.
Taiwan has described the exercises as “an irrational move to challenge the international order.”
Taiwan officials have said the drills violate United Nations rules, invade Taiwan's territorial space and are a direct challenge to free air and sea navigation.
China is conducting drills on the busiest international waterways and aviation routes and that is "irresponsible, illegitimate behaviour," Taiwan's ruling Democratic Progressive Party (DPP) said.
In Fuzhou, eastern China, multiple civilian sources reported seeing the PLA's helicopters and airmen taking off from Pingtan Island and soaring towards Taiwan.
China, which claims Taiwan as its own territory and reserves the right to take it by force, said its differences with the self-ruled island were an internal affair.
Top Stories