Outrage had greeted a leaked document about the purchase which was shared by popular Investigative Journalist, David Hundeyin. 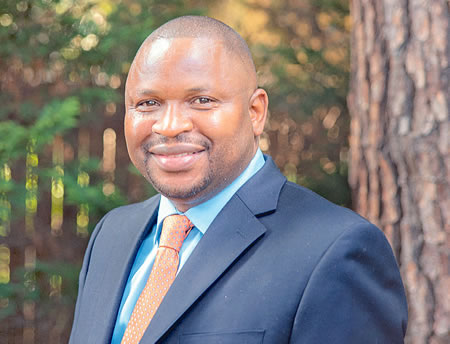 US-based professor, Farooq Kperogi has reacted to reports that President Muhammadu Buhari purchased luxury vehicles worth N1.145 billion for Niger Republic.
This comes after investigative Journalist, David Hundeyin shared documents on his verified Twitter handle on Tuesday night proving the purchase.
The document also revealed the account name and number to which the money was paid into.
Reacting, the Minister of Finance, Budget and National Planning,  Zainab Ahmed, confirmed the purchase of the luxurious vehicles valued at N1.145million for the Niger Republic.
Defending the action of the federal government, Ahmed explained that Nigeria has a culture of assisting needy neighbours in the spirit of brotherhood.
The minister added that it would also help in dealing with insecurity.
In a lengthy article on Wednesday, Kperogi lashed out at the government for purchasing the cars when the country in dire need of money.
He wrote: “It has come to light that Muhammadu Buhari has approved N1.4 billion from Nigeria’s coffers (without the approval of the National Assembly!) to help the Republic of Niger buy vehicles for its government officials to fight insecurity while insecurity engulfs Nigeria and while ASUU is still on strike.”
“Many Nigerians are understandably angry and are asking why Buhari seems to have more loyalty to Niger Republic than he does to Nigeria. Well, here is what I wrote about that in my June 12, 2021, column titled “Making Sense of Buhari’s Nonsense Now Senseless”:
“Or take his justification for building a railway in Niger Republic while most parts of Nigeria are devoid of basic transportation infrastructure. “I have first cousins in Niger,” he said. “There are Kanuris, there are Hausas, there are Fulanis in Niger Republic just as there are Yorubas in Benin Republic and so on. You can’t absolutely cut them off.”
“In which world does this make sense? So, he isn’t building infrastructure in Benin Republic, Cameroon, and Chad because he has no cousins there? And, perhaps, he hasn’t built infrastructure in other parts of Nigeria because he has no cousins there?”
“Buhari is supposed to be “president” of Nigeria. It is to Nigeria and its constituents that he owes allegiance, not his cousins and kinfolk in another country. It is borderline treasonable to deprive a country you lead of its resources and wealth in order to develop another in which you’re not even a legal citizen just because a part of your ancestry is traceable to that country.”
“Yes, colonialists arbitrarily imposed unnatural borders on the African continent and created nation-states without regard to pre-existing policies. I also come from a border community. Borgu, where I am from, used to be a confederacy that stretched from parts of what is now Kwara State, Niger State, Kebbi State to what is now northern and central Benin Republic. More than 80 percent of the people who speak my native Baatonu language live in northern and central Benin Republic.”
“Most people from the border states of Lagos, Oyo, Ogun, Kwara, Niger, and Kebbi have relatives in Benin Republic. Just like people from the border states of Cross River, Taraba, and Adamawa have relatives in Cameroon. People from Borno, Yobe, Jigawa, Katsina, Sokoto, Zamfara, and Kebbi have relatives in Niger Republic, and Borno also shares borders with the Republic of Chad.”
“But our nation-states have existed for more than five decades and have acquired independent identities in spite of their unnaturalness. Niger Republic is a Westphalian sovereign state like Nigeria is. Buhari’s emotions can’t override that fact. If everyone from Nigeria’s border states becomes president and decides to divert resources from Nigeria to develop their kinfolk in a neighboring country, what will become of Nigeria?”
“This is particularly concerning because Buhari has shown time and again that he has a more emotional investment in Niger Republic (because his father migrated from there to Dumurkul in the Daura Emirate of Katsina State) than he has in Nigeria which he leads. (He might as well go the whole hog and build infrastructure in Senegal since it’s the ancestral home of the Fulani, his paternal relatives).”
“He talks about Igbo people, his Westphalian compatriots, with unconcealed animosity and genocidal fury but builds infrastructure for his kinfolk in a foreign country using resources derived from a part of the country he openly disdains supposedly because they gave him only “5 percent” of their vote. That’s not the way to run a modern state.”
Top Stories