The Chief Imam of Ila Orangun, Sheikh Abdulhameed Salahudeen led the prayer for the deceased in Osun. 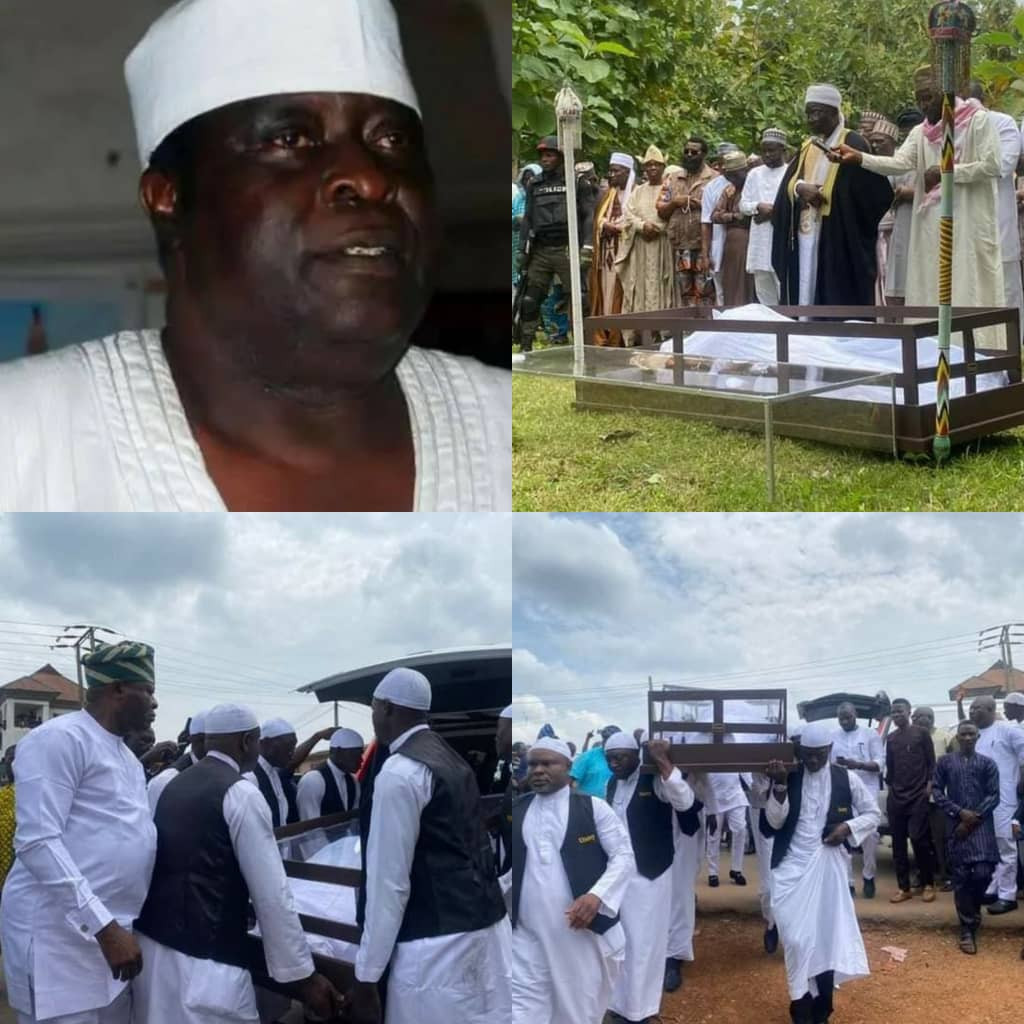 Photos from the burial of a former Inspector General of Police, Tafa Balogun, have emerged.

The remains of Tafa Balogun, has been interred in his country home in Ila Oragun in Osun state today August 5.

The funeral was attended By the Inspector general of Police represented by the Osun State Commissioner of Police, Olawale Olokode, Former IGP Solomon Arase and representatives of the Osun state government among the sympathizers.

Mustapha Balogun died on Thursday, August 4. He was 74 years old. 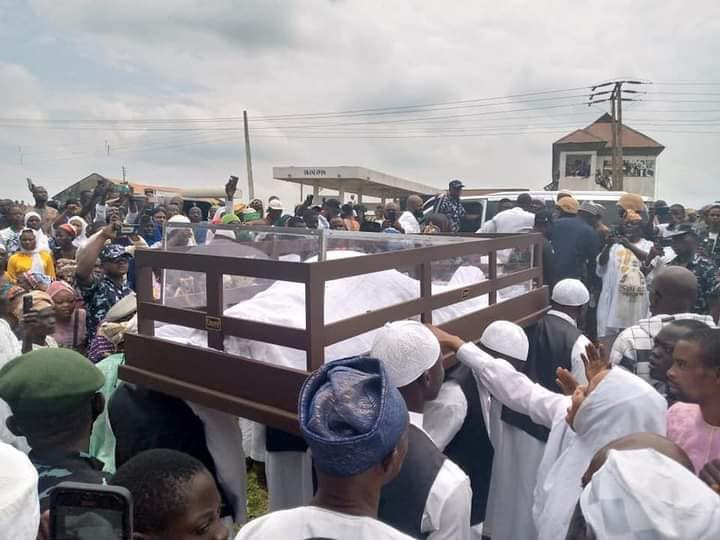 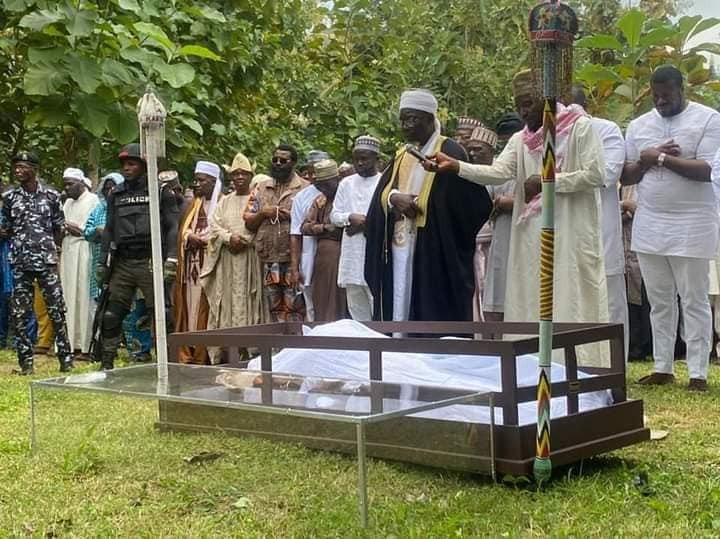 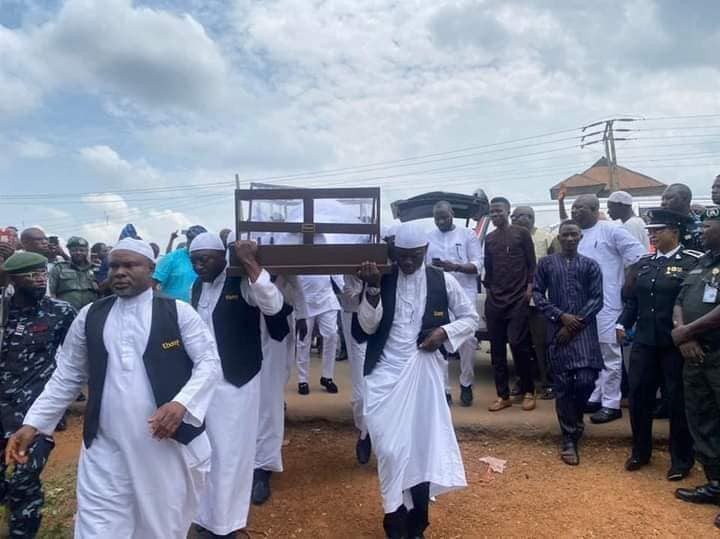 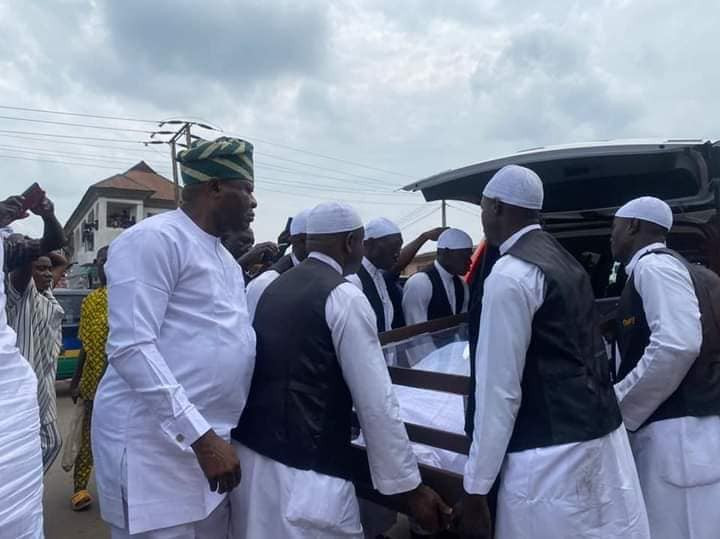