Osinbajo and other presidential aspirants have allegedly refused to take active roles in the Tinubu presidential campaign. 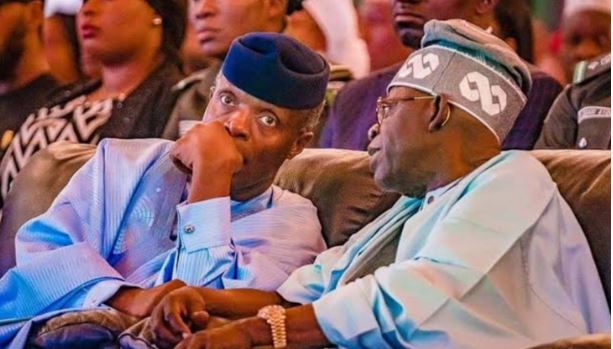 The Minister of State for Labour and Employment, Festus Keyamo has reacted to alleged rift between Bola Tinubu, the presidential candidate of All Progressives Congress and incumbent Vice president, Yemi Osinbajo.
This is as Osinbajo and other presidential aspirants are yet to take active part in the election campaign of Bola Tinubu.
It was alleged that Tinubu did not consult widely with Osinbajo and key stakeholders in the party before deciding to run for President, as many point to his alleged ill-health.
Speaking on Monday night during an interview with Arise TV, Keyamo said Tinubu and Osinbajo are not at loggerheads over the outcome of the APC presidential primaries.
The Spokesperson of the APC presidential campaign council added that the ruling party is united and determined to win the 2023 presidential election.
He said: “There’s no quarrel between Osinbajo and Tinubu. We are not PDP. This is a united strong house.”
Speaking further, the minister asserted that the APC standard bearer is far ahead of other candidates running for the 2023 presidency.
He stated that the forthcoming presidential election is between the APC presidential candidate and his PDP counterpart, Atiku Abubakar.
He said: “Asiwaju Tinubu will win the election, there won’t be a runoff. He is far ahead. Other candidates will do well, in some areas. We’ve done our demography and it’s between Asiwaju and a distant second Atiku Abubakar.”
The minister noted that a government is a continuum, and Tinubu will bring in additional ideas to tackle the security challenges facing the nation.
He said: “We’ve more records to run on. We are going to highlight the records. We have a different candidate who has his own characteristics. so we will promote those intrinsic qualities that he has.
“Apart from the policies that we think he is going to improve upon, apart from the general philosophy behind our progressive party, that he’s going to work. He has his own personal qualities. We are going to promote those records.
“There are areas we’ve done well; rail, road bridges, legislative reform, Agriculture, Bola Ahmed Tinubu will come in and seek to improve on what we have done.”
Keyamo pointed out that Tinubu would speak to the press when the campaign begins, saying that the former Lagos State Governor is being careful in order not to flout INEC rules.
Top Stories