She added that she is retiring to spend more time with her husband, Alexis, and their five-year-old, Olympia. 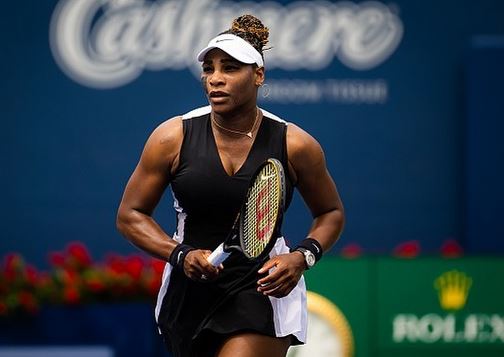 She made this known  in the latest issue of Vogue: "It's the hardest thing that I could ever imagine. I don't want it to be over, but at the same time I'm ready for what's next."

Williams' retirement is not immediate. She revealed in her Vogue piece that she is still hopeful she can play at the US Open in New York later this month.

She wrote: "Unfortunately I wasn't ready to win Wimbledon this year. And I don't know if I will be ready to win New York. But I'm going to try. And the lead-up tournaments will be fun.

"But I'm not looking for some ceremonial, final on-court moment. I'm terrible at goodbyes, the world's worst. But please know that I am more grateful for you than I can ever express in words. You have carried me to so many wins and so many trophies. I'm going to miss that version of me, that girl who played tennis. And I'm going to miss you."

She added that she is retiring to spend more time with her husband, Alexis, and their five-year-old, Olympia.

The 23-time Grand Slam singles winner also revealed that she is trying to have another child in the near future.

She wrote: "In the last year, Alexis and I have been trying to have another child, and we recently got some information from my doctor that put my mind at ease and made me feel that whenever we're ready, we can add to our family

"I definitely don't want to be pregnant again as an athlete. I need to be two feet into tennis or two feet out." 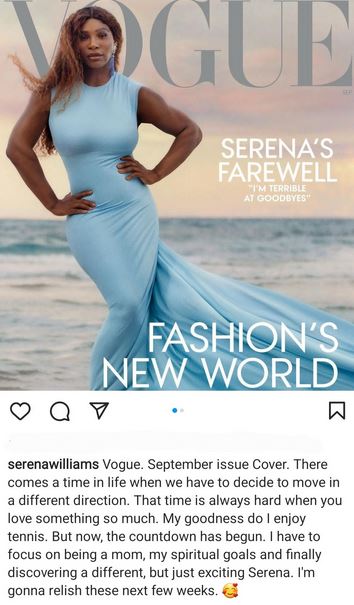