The suspects were paraded by the security officials after they were arrested. 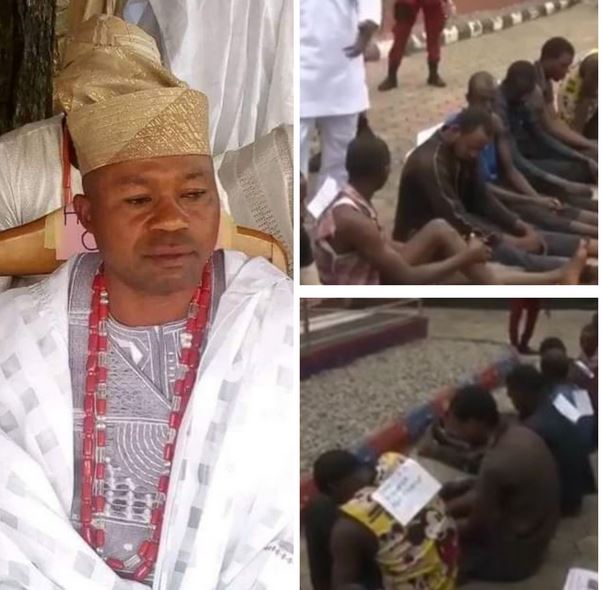 The victims were travelling from Akure to Ikare last Thursday August 4, when the gunmen attacked them along the Owo/Ikare-Akoko Road, around Ago Paanu village, shot the driver of the vehicle in the head and abducted the occupants of the vehicle.

The victims were released on Saturday evening, August 6, by their abductors along the Owo/ lkare highway.

The kidnappers had demanded N50m ransom before their release, however, family members were silent on the payment.

Parading the suspects at the head office of Amotekun in Akure on Tuesday August 9, the Commander of the Corps in Ondo State, Adetunji Adeleye, told newsmen how they were apprehended.

"We were able to recover clothes, beads, and shoes of the victims from two of them who led us to the hideout of the remaining four,” he said.

"We still have about three others, according to them, at large. But we have been able to successfully find out the location of the remaining culprits and as we talk now, the victims are alive and in good condition.”

Also paraded are two men suspected to have abducted a man from his residence in Ore, Ondo State.