Three people who sustained injuries during the attack were rushed to Ahmadu Bello University Teaching Hospital Zaria for treatment. 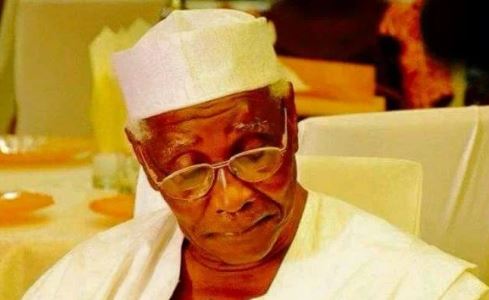 Professor Ango Abdullahi’s daughter-in-law and her four children have been abducted.

They were abducted by bandits, on Tuesday night.

Ango Abdullahi, a Convener of the Northern Elders Forum (NEF), confirmed the abduction of the victims to journalists in Zaria, on Wednesday, saying his daughter-in-law; Ramatu Samaila and her four children were abducted by the bandits.

According to him, the daughter is the wife of his son, while her father is the village head of Yakawada.

DAILY POST learnt that the bandits invaded Yakawada village in Giwa Local Government Area of Kaduna State on Tuesday night, went straight to the resident of Alhaji Rilwanu Saidu, the village head and took the victims to their forest.

Three people who sustained injuries during the attack were rushed to Ahmadu Bello University Teaching Hospital Zaria for treatment.

DAILYPOST recalls that not quite long, Abdullahi’s son, Sadiq Ango Abdullahi, who was a victim of Abuja-Kaduna bandits’ attack and was in kidnappers’ den for five months, regained freedom through the help of a negotiator, Alhaji Mamu.

The Kaduna Police Public Relations Officer, DSP Mohammed Jalige could not be reached for comment as of the time of filing this report.