It was gathered that Ikechukwu warned the le$bian partner to stay away from his wife. 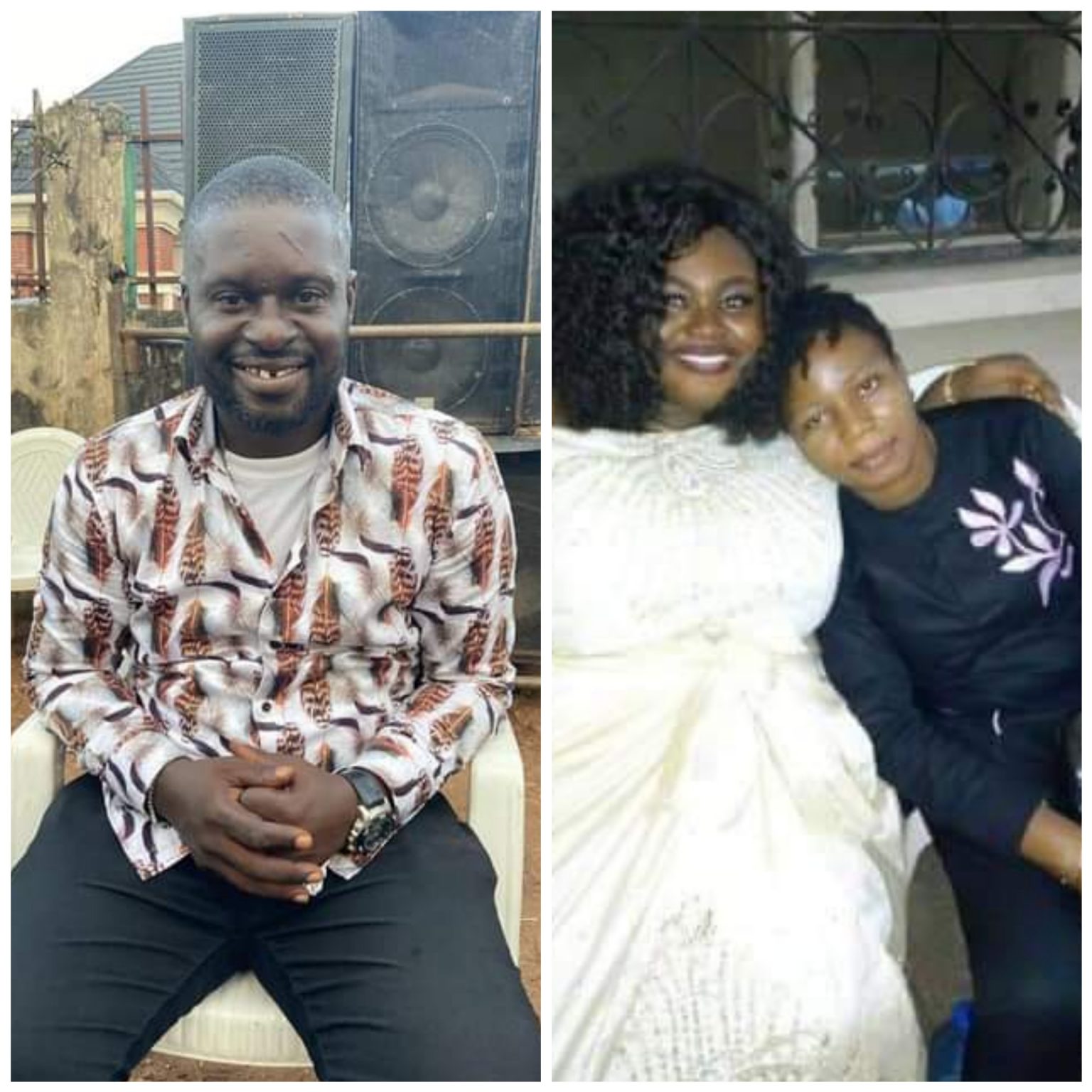 Details about the murder of Ikechukwu Onuma, an Onitsha-based public servant have emerged.
Recall that we reported how he was killed on Tuesday night by his wife’s le$bian partner.
A new report by DailyPost claimed that contrary to reports in the media, the man did not catch his wife red-handed with the suspected murderer in a sexual act.
Findings showed instead that Ikechukwu, young staff of the College of Health, Onitsha, who was in his mid-30s, and had just been married for three years, was also aware that his wife was a le$bian.
A source, Mr. Sam Eze from inland town Onitsha, where the couple lived said, “Ayaya (Ikechukwu’s nickname) knew his wife was a le$bian.
“Yes, but on the day he died, he didn’t catch them in the act. A different altercation arose and he had to go to the lady’s house to sort it out. An argument followed up and she threatened to kill him if he doesn’t leave.
“He stood his ground and the lady went in to get a knife. On coming out, he dared her to do her worst and after a scuffle, she stabbed him twice in the chest.”
Eze continued, saying, “Mind you, the whole town knows that both ladies are le$bians and lovers. The late man had even sent her (his wife) packing before over the same issue.
“The killer too was married before but her husband divorced her because of her le$bianism.”
Further investigation by DAILY POST revealed that after Ikechukwu warned the le$bian partner to stay away from his wife, and the wife adhered to his instructions to dump her, she (le$bian partner) started tormenting the family.
Uzomah Udora Sandra, a neighbour to the deceased man said the lady was fond of dispossessing the maid to the deceased of any money she was sent on errands with.
“They sent the ward to buy fuel (on the fateful day) and the killer collected the money as usual. The ward came back and told the wife and the wife called the husband that was busy at a party to come home.
“When the guy came home she told him what happened, so the guy now went to the killer’s house to find out why she will collect the money from their ward not knowing that one is already waiting for him and fight started and she stabbed him.”
She further added that, “The victim is a well-known and funny guy, so his death was a shock to a lot of people.
“The matter was that the wife and the killer are le$bian partners indeed, but they were not caught in the act in the bedroom as rumoured.
“The dead guy has been warning the killer to stay away from the wife because both of them are partners, and he warned the wife too. Because of the said beef, whenever the dead guy sends their ward to go and buy something the le$bian killer will block the ward on the road and collect the money they gave the ward.”
Top Stories