The Attorney-General and Minister of Justice, Abubakar Malami, disclosed this while appearing on the monthly Ministerial Briefing at the Presidential Villa, Abuja. 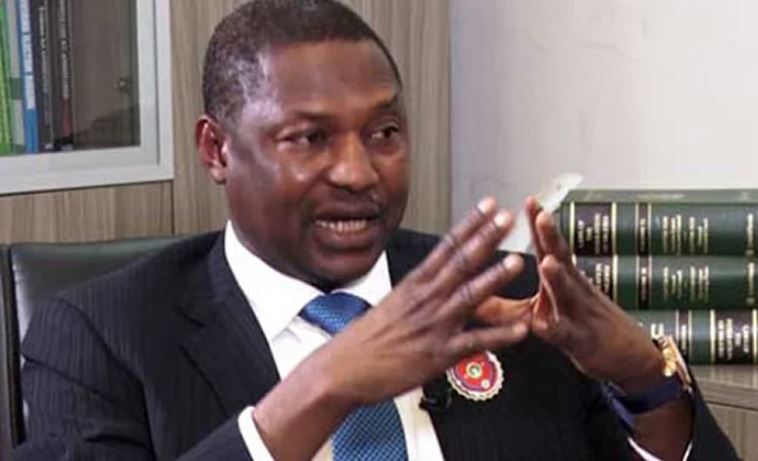 The Nigerian Government has revealed the number of people who have been convicted for terror-related cases.

The federal government said it has secured more than 1,000 convictions for terrorism-related court cases in the last 18 months.

The Attorney-General and Minister of Justice, Abubakar Malami, disclosed this while appearing on the monthly Ministerial Briefing at the Presidential Villa, Abuja.

The Minister, who was accompanied to the briefing by senior officials of the Ministry of Justice and some of the departments and agencies under the ministry, also claimed the Muhammadu Buhari-led administration had recovered over N3.2bn (£6,324,627.66) of stolen monies from various jurisdictions globally in the last 14 months.

According to Malami, the Federal Government had also won 312 convictions in various other criminal cases with the last 18 months.

“The ministry has so far secured over 1000 convictions on terrorism. Convictions have also been secured in 45 cases by the Complex Casework Group, Maritime unit, and the special task force on electricity offenses and across the 13 zonal offices of the Ministry,” he stressed.

He noted the Ministry, through the CCG unit, is coordinating the next phase of terrorism related trials in collaboration with the federal high court, the Legal Aid Council, and the Defense Headquarters.

The AGF also explained that the Ministry of Justice has successfully processed over 350 Mutual Legal Assistance and 50 extradition requests including extradition proceedings against suspended DCP Abba Kyari from the United States of America.

“My office filed extradition proceedings against the suspended DCP Abba Kyari in line with an MLA request from the USA,” he said.

He explained the recovered foreign loots had been spent on executing key infrastructure projects nationwide, the Second Niger Bridge, Abuja-Kano Road and the Lagos-Ibadan expressway.

The AGF, who noted that the Justice Ministry has supported the Federal Government in various infrastructure funding agreements, lamented the country grapples with a N329bn funding gap.