Adetuberu pleaded guilty to the two charges preferred against him when he was brought before the Court on Thursday. 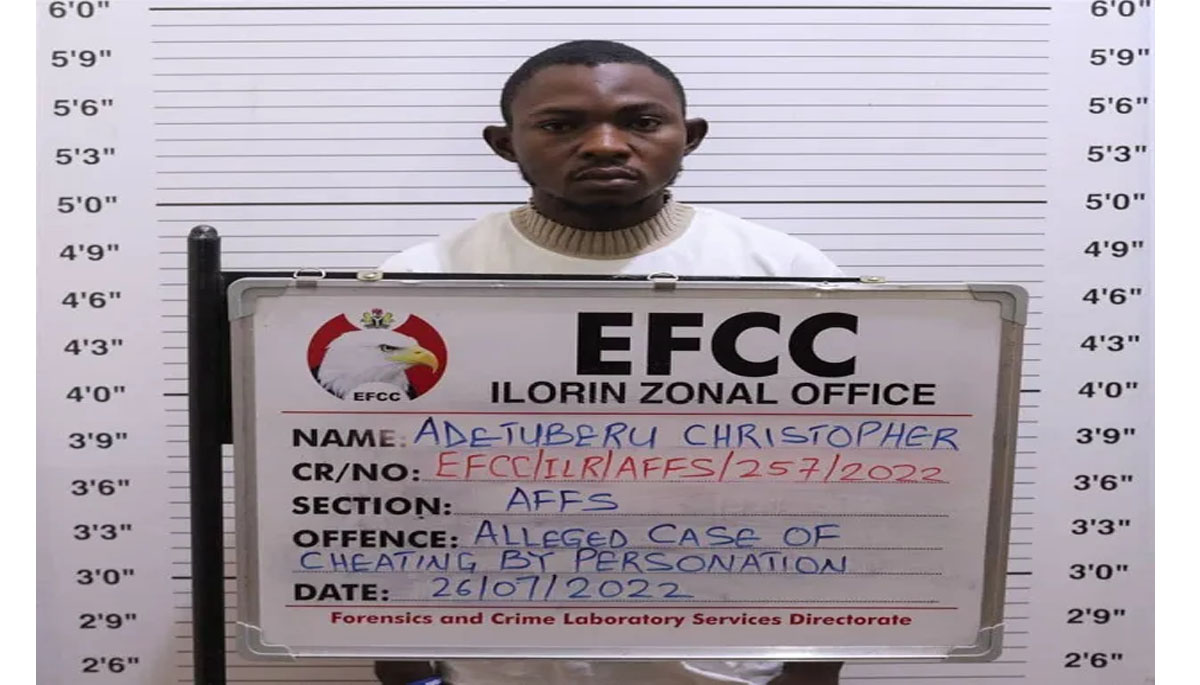 The Kwara State High Court sitting in Ilorin has jailed a member of the National Youth Service Corps for engaging in fraud.
The corps member currently serving in Ogbomosho, Oyo State has been identified as Adetuberu Adetoyese.
He was sentenced to two years imprisonment over internet fraud-related offences by Justice Ibrahim Yusuf.
The court, on Thursday found 28-year-old Adetuberu guilty of the two counts of cybercrime preferred against him by the Ilorin Zonal Command of the Economic and Financial Crimes Commission.
The court was told that operatives of the EFCC, while acting on intelligence over the activities of the fraudsters also known as ‘Yahoo-Yahoo, within Ilorin metropolis and its environs recently arrested Adetuberu at Ogele, a suburb of Ilorin last week Wednesday.
The convict hailed from Ilesa in Ilesa West Local Government Area of Osun State, the court heard.
The EFCC Counsel, Sesan Ola, also revealed in the Court that the convict had in the course of the investigation, admitted that he ventured into ‘Yahoo Yahoo Business’ in 2016 and had, among other things, built a house with the proceeds of the illegal activities.
Adetuberu pleaded guilty to the two charges preferred against him when he was brought before the Court on Thursday.
Consequently, Justice Yusuf, while sentencing Adetuberu ordered the forfeiture of a three-bedroom flat acquired with the proceeds of the illegal activities, a Lexus car, different brands of phones, and a laptop, which are instruments of the crime as well as the sum of N921, 535.49 in his bank account to the Federal Government.
The judge, who gave the convict an option of a fine of N200,000, said his conviction would serve as a deterrent to others.
In a related development, Justice Yusuf also sentenced a 30-year-old aluminum fabricator, Olayiwola Saheed, who acted as “Loader” to co-fraudsters, to six months custodial imprisonment at the Federal Correctional Centre in Ilorin without an option of a fine.
Olayiwola, who hailed from Olorunda Local Government Area in Osogbo, Osun State, was found guilty of one count of possessing funds that he knew to be proceeds of unlawful activities preferred against him by the anti-graft agency.
In his judgement, the judge said that he found merit in the prosecution’s case, adding that the admittance of guilt by the defendant was enough evidence to convict him.
Justice Yusuf, while sentencing Olayiwola, ordered that the Toyota Camry car recovered at the point of his arrest, his phone, and a laptop, which are instruments of the illegal activities be forfeited to the Federal Government.
Top Stories