Usman, a lawyer who was kidnapped in the Kaduna-bound train alongside his wife, made the comment after he was released. 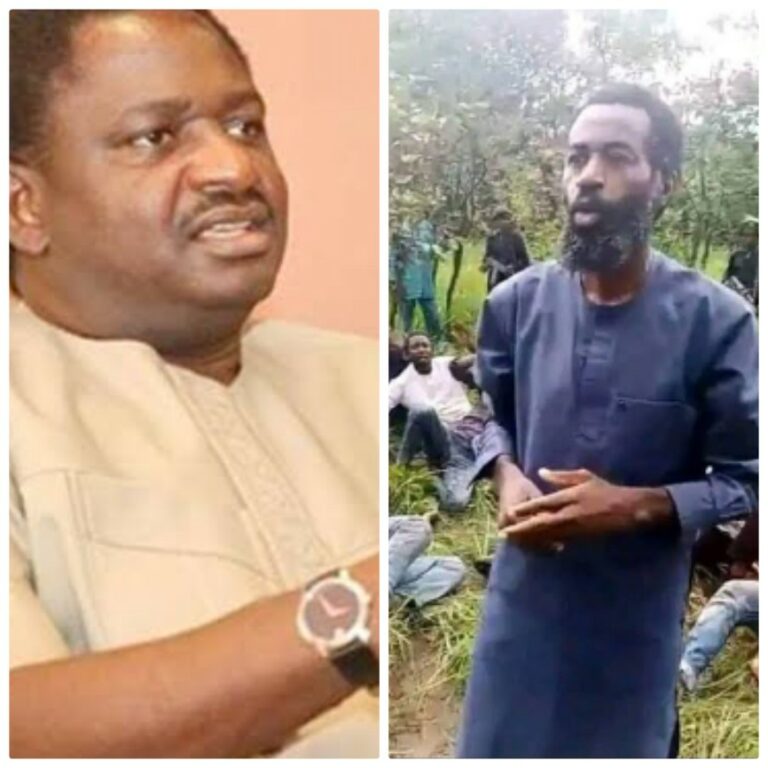 This is after Usman, a victim of terrorists said the President Muhammadu Buhari-led administration failed woefully in the area of security.

Usman, a lawyer who was kidnapped in the Kaduna-bound train alongside his wife, made the comment after he was released.

He said he is “still a strong supporter of President Muhammadu Buhari” but noted that his administration has failed.

The presidential media aide said; “Hassan Usman missed it slightly when after pledging his continued support for the President, he said the administration had failed woefully in the area of insecurity. Not so. I believe he spoke from lack of enough information. The problem may seem intractable for now, but it is a fact that no other government has given the military and security agencies the kind of support Buhari has done. That is enough show of commitment to end the security challenges, which will surely end soon. We believe.”

The presidential aide had earlier praised Usman for his unwavering loyalty to President Buhari.

According to Adesina, Usman is not like some Nigerians who feed on resentment every day.

Adesina said: “To be troubled in trouble is to have your trouble doubled, so goes a saying. And for Hassan Usman, a lawyer, it didn’t just rain on March 28, this year, it poured. He was not only onboard the Kaduna-bound train attacked by terrorists, his wife, Amina, was also there. They both got abducted.

“For the next over 100 days, Hassan and his wife didn’t die, but they saw the younger brother of death. After his release, he talked about how they slept out in the wild, at the mercy of snakes, scorpions, and other dangerous reptiles, many of which they killed. They also got beaten and traumatized by their abductors.

“A number of the abducted people have been released, after their families paid hefty amounts in ransom. A large number still remain in captivity. Our heart goes out to them. No people should be subjected to such inhuman, degrading treatment. No country should undergo this type of trauma.

“However, what is both amazing and admirable is Hassan’s continued loyalty and support to the President of his country, after passing through the valley of the shadows of death. He describes himself as “still a strong supporter of President Muhammadu Buhari,” though he believes the administration has not done well in tackling insecurity.

“When you have undergone an experience as Hassan and his wife did, it is just human to come out of it very angry and resentful of everyone, both man and God. But the man says he still believes in his President, and remains a strong supporter. Wonderful! Do they make them like this anymore?

“Those of us Buharists, dyed-in-the-wool supporters of the Mai Gaskiya (the Honest One), have seen a lot, first in his days as military ruler, and in the last seven years as democratically elected leader. We have been excoriated, derided, flagellated, scorned, simply because we love that simple, self-effacing man from Daura. In the process, “good friends we had, oh good friends we lost,” (as Bob Marley sang in No Woman No Cry).

“Yes, we have broken with friends, relations, pastors, brethren, who could not understand our loyalty to the ‘Fulani herdsman.’ But happily, we have also made some very good friends, who salute our steadfastness and loyalty to what and who we believe in.

“Hassan Usman is now my kinsman, despite my being Yoruba, and he being from the North. What is the common bond? He believes in, and strongly supports the President, a thing which I also do. And there are millions upon millions of Nigerians who are also in this mould.

“Resentment is a poor prop for anyone to lean on, goes another saying. But not for some Nigerians. Resentment is their daily food and drink, and they heap all the problems in the country on the head of the President. If it rains too much. Blame Buhari. It doesn’t rain at all. Buhari is the cause. A man gets to bed at night, no power. Buhari oooo. The President is the fall guy for everything. And he is to blame squarely for the parlous security situation in the land.

“But President Buhari is focused.”