This was disclosed on Monday in a report by the National Bureau of Statistics (NBS) in its consumer price index (CPI) report for July 2022. 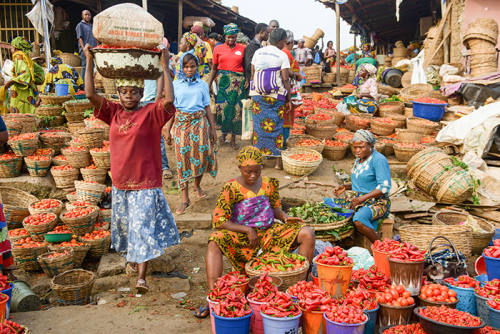 Nigeria's inflation rate has climbed to 19.64 percent in July 2022, from 18.60 percent recorded in the previous month, according to data published on Monday by the National Bureau of Statistics (NBS).
This is according to NBS consumer price index (CPI) report for July 2022.
NBS noted that this is the highest since September 2005 and has effectively pushed more Nigerians below the poverty line.
According to the NBS report, increases were recorded in all classifications of individual consumption according to purpose (COICOP) divisions that yielded the headline index.
The report observed that’ “on a month-on-month basis, the Headline inflation rate in July 2022 was 1.817 %, which was 0.001% higher than the rate recorded in June 2022 (1.816 %).
“The percentage change in the average CPI for the twelve months period ending July 2022 over the average of the CPI for the previous twelve months period was 16.75%, showing a 0.46% increase compared to 16.30% recorded in July 2021.”
An increase in the price of food items such as bread and cereals, food products, potatoes, yam and other tubers, meat, fish, oil, and fat, pushed food inflation in the country higher.
“On a month-on-month basis, the food inflation rate in July was 2.04%, this was a 0.01% insignificant decline compared to the rate recorded in June 2022 (2.05%),” the report pointed out.
“This decline is attributed to a reduction in the prices of some food items like tubers, maize, garri, and vegetables.”
The report added that on a year-by-year basis, Akwa Ibom, Ebonyi and Kogi states witnessed the highest prices while Jigawa, Kano and Borno recorded the slowest rise in inflation.
“In July 2022, all items’ inflation rate on a year-on-year basis was highest in Akwa Ibom (22.88%), Ebonyi (22.51%), Kogi (22.08%), while Jigawa (16.62%), Kaduna (17.04%) and Borno (18.04%) recorded the slowest rise in headline Year-on-Year inflation,” the NBS said.
“However, on a month-on-month basis, July 2022 recorded the highest increases in Adamawa (2.87%), Abuja (2.84%), Oyo (2.77%), while Bauchi (0.82%), Kano (0.83%) and Niger (1.03%) recorded the slowest rise on month-on-month inflation.”
Top Stories