The victims were rushed to the General Hospital, Idanre, where they are receiving treatment. 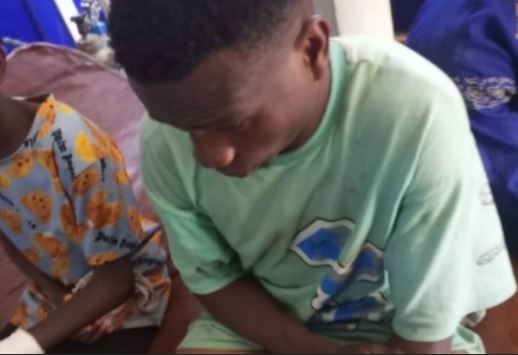 It was gathered that a suspect identified simply as Para attacked a drug store in the community on Tuesday, August 16.

An eyewitness said the thug got angry over the refusal of the owner to release a bag containing money to him.

"He has always been extorting money from people. He went to the supermarket to collect money but the owner of the supermarket refused to give him," the witness narrated.

"He wanted to snatch the bag of the owner. As he started dragging the bag with him, he brought out a gun and shot four people instantly.”

The source said the victims were rushed to the General Hospital, Idanre, where they were receiving treatment.

Spokesperson of the State Police Command, Mrs Funmi Odunlami, who confirmed the incident said it was a robbery case and a suspect has been arrested by the police.

"Some robbers carried out an attack and one of them was arrested. We are making efforts to arrest other members of the gang." the PPRO stated.